Death is a shitty thing. You have this light, and it infects everyone you meet—everyone you love, and in a blink of an eye it disappears. It’s easy to assume that everyone reading this has felt the utter emptiness brought on from losing someone they’ve loved. If you haven’t yet—you will. Loss either comes in two forms: expected or untimely. While the untimely deaths are ones that shock and hurt, the expected ones are perhaps even worse. It isn’t because a loved one died, it’s because of the path leading to their death. With experience, I can say that a diagnosis is far worse than death.

Without being too morbid, I’ll give you some context. In November 2013 my Mom was diagnosed with terminal cancer—she passed away in December of the same year. Her death was extremely hard to handle; I’m still trying to cope today, three years later. With all that said, grieving a loss is pretty easy. Every movie, book, show, story ever made, with a death in it, gives the essential textbook guide of how to grieve. Your loss feels so personal to you, because it is, but everyone that ever lives and ever has lived has lost someone. I could walk outside, strike up a conversation with a stranger, and be able to connect with them about the death of someone they loved. 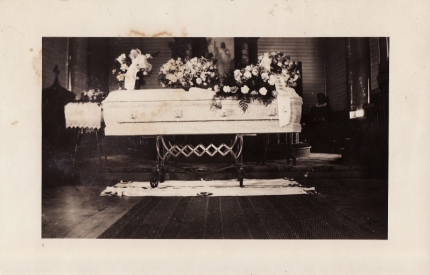 The hardest part—the one that fucks you the most—is having to acknowledge every moment, while you’re conscious, that someone you love is going to die. You feel helpless. More accurately, you feel useless. On top of all of that, there is never enough that you could do. You can’t talk to them enough, you can’t spend enough time with them—the amount of memories that you could possible create with them will NEVER be enough. I remember two days before my Mom died. I went to Dartmouth Hospital to visit her—it was the last day she was healthy enough to speak. I spent the entire night with her, but when I left all I could think was “I could be spending more time with her…and I’m not.”

That shit eats away at you. In a world burdened by terminal diagnosis, days feel like seconds—you’re just counting the passing suns and moons waiting for the day that someone is going to die. To me that was my Mom. I get pissed because the moments I could’ve be enjoying with her; those lasts moments of parental love I would never have again didn’t mean anything. I was too busy counting every breath—looking at every piece of hair as it fell off her head.

When you have someone who is plagued with a terminal diagnosis their entire existence gets boiled down into numbers—numbers of days, hours, minutes, seconds they have left, numbers of breaths they take, numbers of car drives and miles you take to go visit them. Those numbers begin to substitute for the memories you could have created. Instead of seeing my Mom as someone who fought cancer, I’m stuck remembering that I took twenty-three visits down to see her in a month; that each car ride lasted forty-seven minutes if I drove fast. Instead of her, I remember that since I found out about her diagnosis she only lived for seventeen days. I couldn’t even focus on her the day she died, instead, my most prominent memory is the exact time of death.

Untimely deaths are terrible, but the type of emotional abuse that one can be subjected to when death is expected is incomparable. The untimely nature of a death leaves you to preserve who that person was. They aren’t compartmentalized into the separate categories surrounding their death, they are a person. It was easy dealing with just the death—the hardest part was the diagnosis.