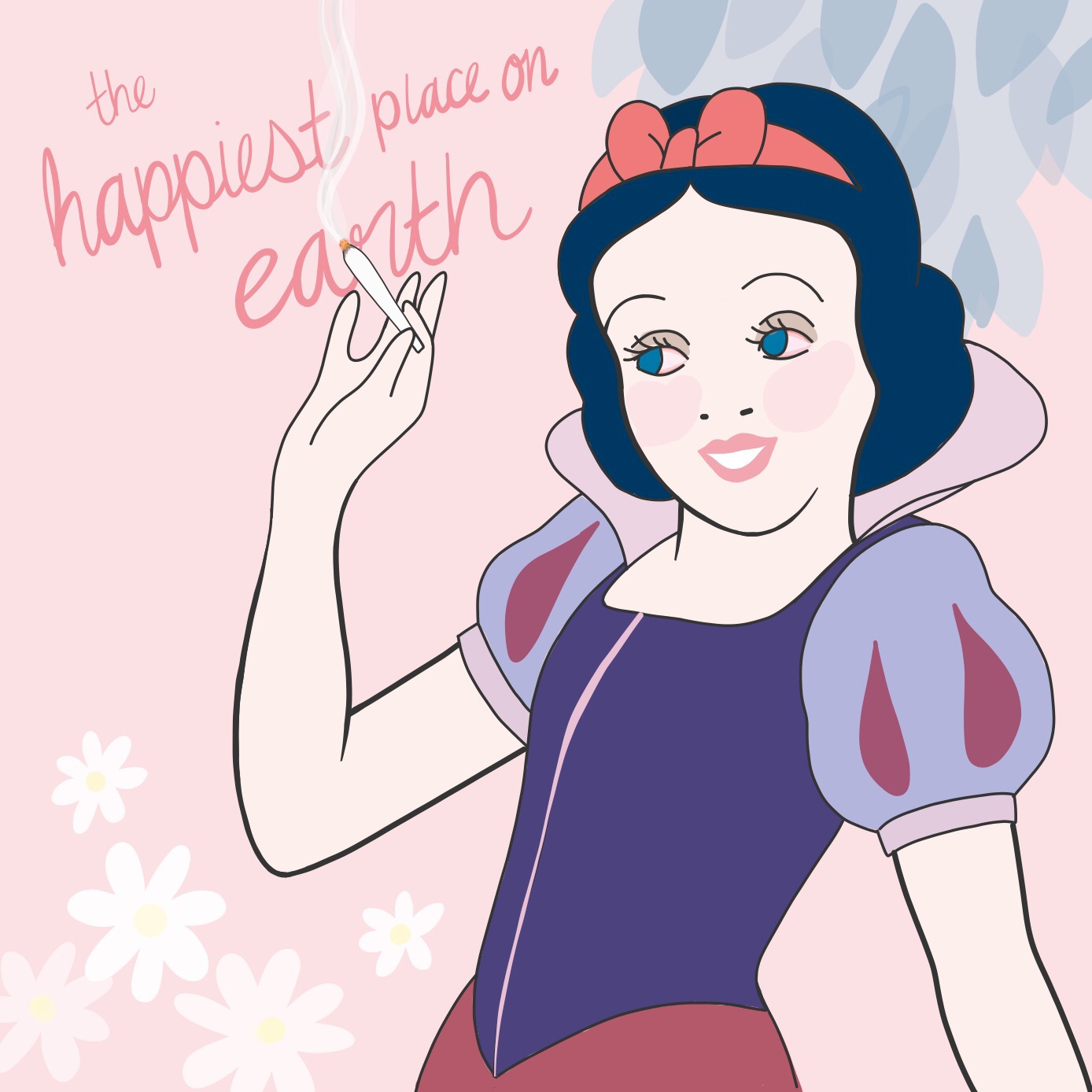 There comes a time in every college-aged stoner’s life where they are unfunctionally high in a place they absolutely should not be.

For most this is usually a family dinner, a plane ride, or—god forbid—a church. For me, I chose to be slightly more ambitious with my inappropriate trail blazing.

I went to Disney World.

On August 18th, 2016, I found myself going numb in the middle of the Happiest Place on Earth. Now, most of the patrons of this theme park are either under the age of thirteen, or at the very least, are accompanied by one. My duo consisted of two women in their twenties floating around the park in light-up mouse ears.

In a particularly good movie or song, there comes a moment where the piece comes to absolute fruition. Where a certain chord or scene or line causes your stomach to suddenly drop and your heart to start pounding. When a moment like this happens in real life, I always feel suddenly taken aback. Like being submerged in ice cold water. In this case, that moment occurred when I finally reached the cliché state of being so baked that I was seeing purple dragons.

In this case, it was a literal purple dragon, inviting me to explore my imagination—which was slowly expanding. Theme park rides have always been one of my favorite extra-curricular activities and with the friendly helping hand of THC, it was like being in an entirely different world.

This is not an experience I would suggest that others have. Between the heat, the high, the mind-fuck of a theme park larger than an entire city, and the purely exhausting act of walking in circles trying to see everything—it’s a wholly draining experience, mentally and physically. Yet I wouldn’t have experienced it any other way.

But we didn’t embark on the 30 hour drive down the entirety of the East Coast just to hazily bum around an amusement park. No, we had much more permanent plans in mind.

When you live in a small college town like Burlington, VT, you’re spoiled by tattoo artists and parlors that are unbelievably comfortable and hygienic, staffed by highly professional artists. The process of getting a matching tattoo with my closest friend was entirely the opposite. In the midst of this two-week excursion to my home state, we attempted all the key experiences of Florida. One of the best of these experiences was reliving a big part of my childhood—petting stingrays.

Stingrays are unusually soft and friendly, despite being able to murder you with the slightest flick of their tail. One cow nosed stingray was particularly fond of us, swimming past then looping back to swim past again over and over. So naturally we made a plan to get a small stingray inked into the side of each of our legs.

We made an appointment with an artist in Orlando, but, upon arrival, were turned away. It seemed as if our plans would never be fulfilled. Yet a light shined through in the form of Ink Spot Tattoo on the very edge of Orlando. It was here that we found our artist, a pop-punk looking middle aged man with an aggressive affinity for naked women and dick jokes—the highlight of which was a cartoon poster of Jesus fucking his own stigmata wounds.

This man, Duane, liked story telling almost as much as he loved painting images of trippy squids. He spun us the tale of two of his former friends, a pair of Vermont siblings. The sister in this duo, he told us, was attacked and raped by a man when walking home from work one day. Her brother, like any sane human being, decided to get his revenge in the form of extended abduction. When his victim was eventually discovered, it was revealed he had been trapped in the basement for over a month. “He did, like, five years,” remarked Duane, “but only cause the guy was a black dude, and it was a hate crime, or sumthin’ like that.”

When you embark on adventure with a mind open to whatever comes your way, you manage to have some of the craziest experiences and interactions. Whether it’s hearing the trials and tribulations of Duane the tattoo artist or floating through the domain of The Mouse.

But isn’t that what being in your twenties is all about?