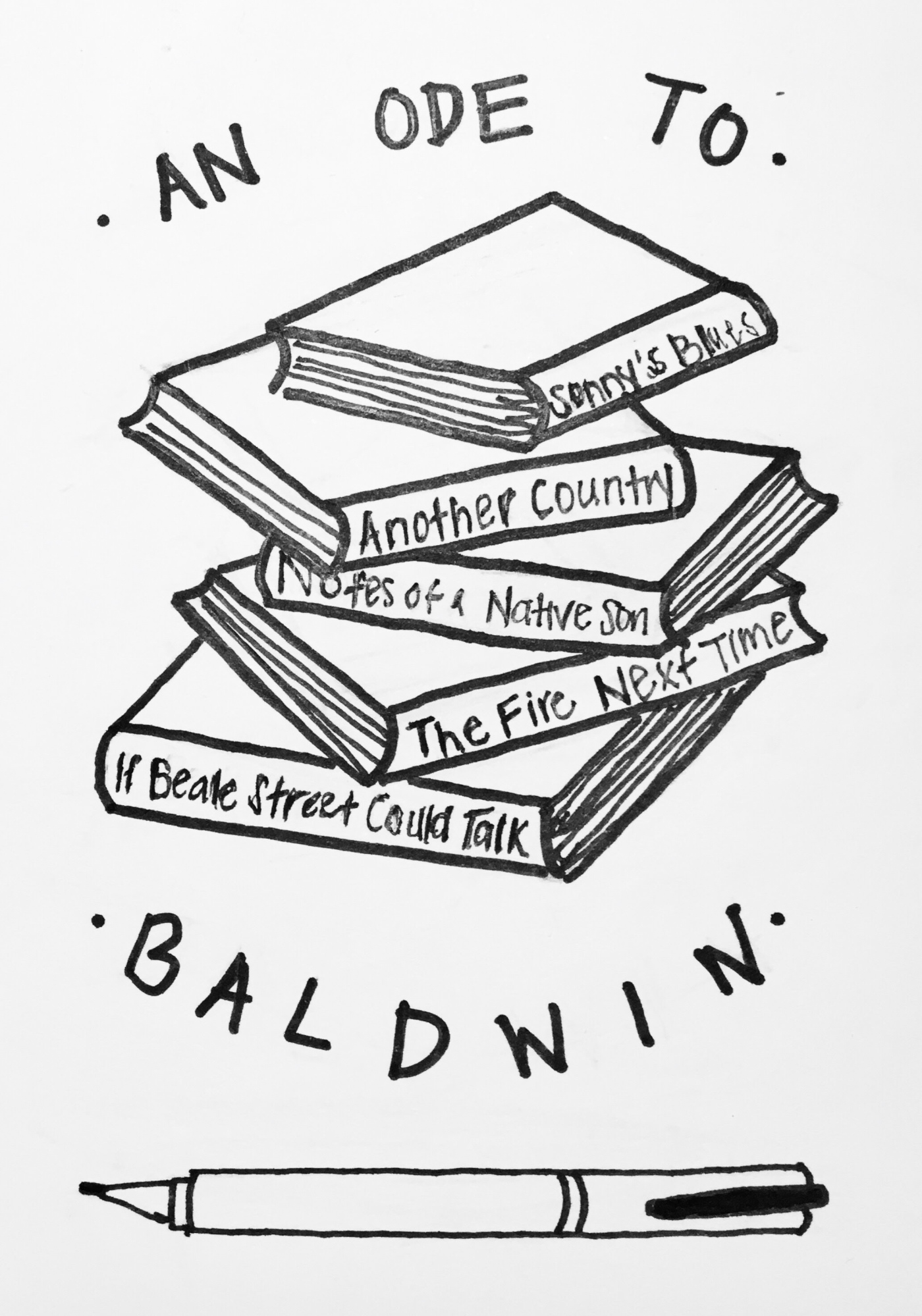 The faces of the civil rights movement are iconic. Their faces themselves, the furrowed brows and clenched jaws, held the hope and anger and resilience of a whole people. The Martin Luther Kings and Malcolm Xs of the world often tear their way out of photos, shape ups tight and suits crisp.

James Baldwin in his face and in his work, is less recognized on the Mount Rushmore of civil rights luminaries, though he’s certainly seen a modern resurgence, with the 2017 film I Am Not Your Negro and 2019’s If Beale Street Could Talk. Looking at photos of James Baldwin, it’s impossible to avoid his relentlessly calculating, searching gaze. In videos, his smile forms infinite folds across his face to reveal a mouth of teeth, and he speaks with the rhythm of someone who is trying to find fresh words to say old things.

James Baldwin is to me, more than anything, a writer. The words of James Baldwin capture something that Martin and Malcolm couldn’t quite reach. Malcolm was at war with oppression, and Martin fought for forceful reconciliation. James Baldwin seemed to choose neither path. The endgame appeared to be of little concern to him; Baldwin scoffed at the unbelievable notion of a black president in 1965. He was much more focused on conveying the contradictions and dangers of America for black people. James Baldwin moved through life with black tragedy swirling around him, and tried to articulate it. And not to save the soul of a lost country or some fictional ideal, but to lay bare the real, terrible hearts of its owners.

I have been to a small handful of activism events, but I would never consider myself an activist. James Baldwin once said, “the line which separates a witness from an actor is a very thin line indeed.” As a writer and a poet, I often feel like my writing is inadequate, that it only captures a shadow of the things I see and feel. Words can feel like no consolation at all when I watch the news or listen to the first-hand stories of my black classmates. But Baldwin’s quote gives a weight to the half-truths I try, and often fail, to pin down. James Baldwin seemed to command an unshakable understanding of his place in the struggle of black folk in the US. He was able to ground himself in his experience and transmutate the bubbling fear and rage of black people into art and prose that has transcended his death in 1987.

His voice has been invaluable as I try to understand where my fight is. I am uncertain where I fit in the 400 bitterly long years of African American history, but I do know I am a witness more often than I’m an actor. I just hope that my eyes are even half as good as Baldwin’s.

“I don’t know what most white people in this country feel, but I can only include what they feel from the state of their institutions.”

“You want me to make an act of faith, risking myself, my life…, on some idealism which you assure me exists in America which I have never seen.”