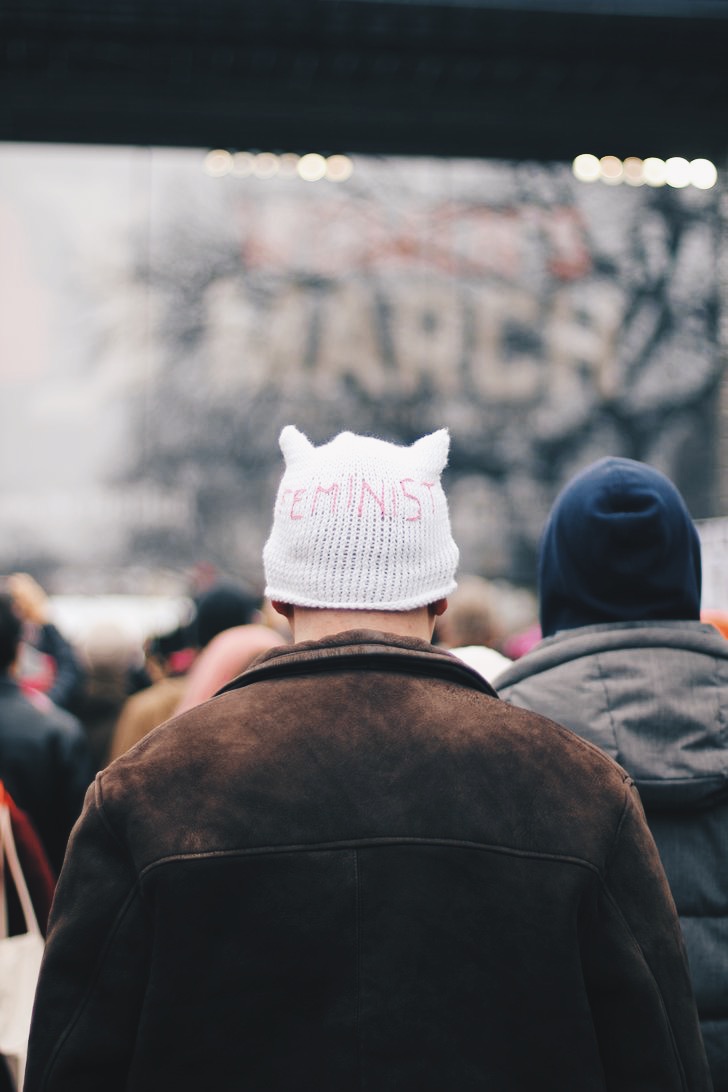 On January 21, less than a day into the Trump administration, a protest of 500 thousand gathered in Washington D.C., joined across the world by nearly 5 million . These marches represented a wide range of progressive issues, from reproductive justice to LGBT rights. Though the protests drew together diverse, sometimes opposing camps of feminism, many expressed discomfort about the march.

One particular issue that several have raised is the frequency and propensity of vagina themed slogans and posters. This ranged from the pink “pussy hats,” to individual slogans like “this pussy grabs back” or “hands off my uterus,” to “no uterus, no opinion” or “kick these dicks out of D.C.” This is a common theme of feminism, to relate the experiences of women and of misogyny to oppression based on anatomy and physiology, and to say that the focus of anti-women oppression is hatred of the vagina.

Critics of this trend believe that this is characteristic of transgender exclusionary sentiments. Their fears are not unfounded. Beginning in the late 1970’s, a number of radical feminists began to incorporate criticisms of the concept of transgenderism, and even attacks on individual trans women within feminist movements, into their activism. These sentiments have led to radical feminist conferences and events designating themselves “biological female only,” and even attacking trans women who attend such events. This has grown to become a significant force in the feminist community. Even among more centrist liberal spaces, slogans like “No uterus, no opinion” are still commonplace.

The observation of the societal burden of having a vagina is far from untrue. From legislative denial of reproductive rights to a culture of sexual assault and abuse, which feminist scholars and activists have spoken about for decades, there is a very real sense that the vagina and uterus are the main battleground for the war on women. In this climate, and from trauma stemming from a lifetime of oppression, many have turned to reactionary stances against any persons who do not possess a vagina, regardless of individual gender identity. To them, vagina slogans are apt symbols for their rhetoric.

The primary question raised by critics of these slogans is not their individual nature, but rather their place as symbols of a movement. Many transgender women in particular have spoken out about how the marches seemed to be inundated with pussy slogans, to the point where such imagery was the flagship of the movement. To transgender people, these slogans are one degree of separation from actions and movements that have been harmful to them.

“Max”, a transgender male who attended the march in D.C, said, “When I see slogans like that, as a person who has those things and doesn’t like it, it does feel somewhat uncomfortable. But I think that’s part of going to a march like this[…] there is a lot of people, and not everyone is on the same page. That’s how we get stuff done.”

Allegra, a cisgender female student who marched in Montpelier VT, had good things to say about the march. “To me the woman’s march signified many different women coming together to oppose the incoming Trump regime that we knew would greatly impact our lives and the lives of others […] When I got there I saw all different kinds of women and people.” When asked about the pussy hats and other genitalia symbols, she said “The hats themselves were kinda cute. I personally didn’t wear one, but some of the women I went with did.” 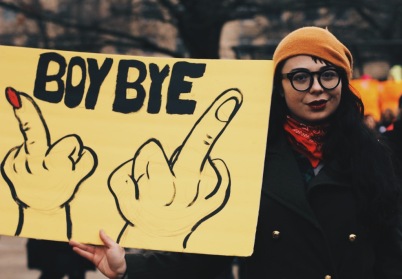 But she had a fair share of criticism for the symbols as well. “I think they need to avoid genitalia based messages and put an emphasis on being anti racist […] I guess I have faith that once feminists are education on why genitalia oriented messages are problematic, they’ll be able to understand why. But I suppose we’ll see.”