The International Ski Federation’s Audi FIS Ski World Cup was held in Killington, Vermont over Thanksgiving weekend, making this the first World Cup held in New England in the past 25 years.

I found myself, someone who has lived 20 minutes from Killington and never skied a day in her life, among many ski enthusiasts for the first day of the event. According to Killington and the US Ski Team, there were about 16,000 people at the race on Saturday and about 30,000 total over the entire weekend,

We made our way up the mountain in a caravan-esque style until we finally found a place to make our own parking spot. As soon as we parked, I looked to my right and saw a man standing between two cars with his zipper down, peeing. That was the beginning of the savagery.

We then had to decide if we wanted to wait in a ridiculously long line for the shuttle or just walk up from the Snowshed Lodge to the base of K1 Gondola. 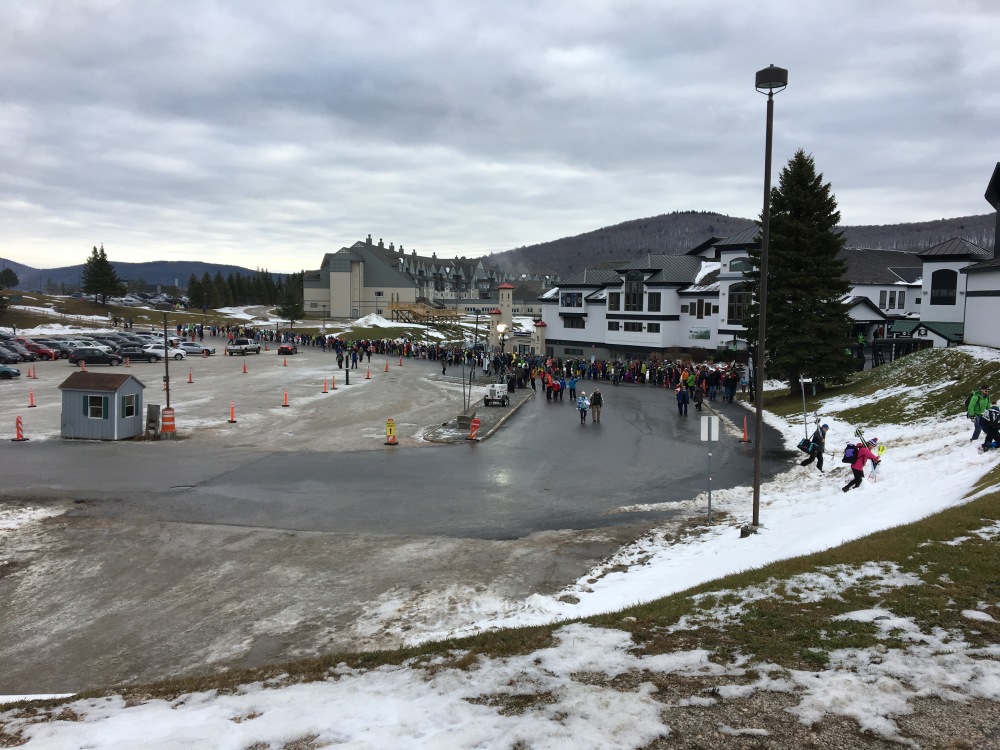 Our decision: to walk with a bunch of skiers who considered this to be their pre-workout. 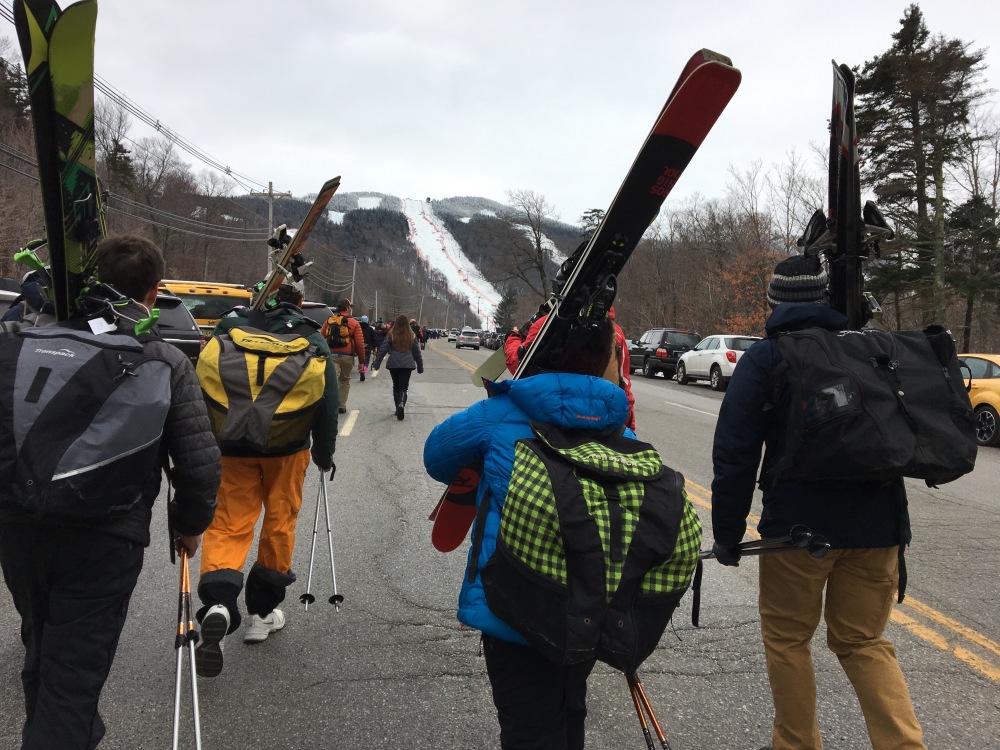 After making it through another line for security, we were finally in and among people who went all out for this first day. Costumes, flags from many countries, and signs for people’s favorite athletes were prevalent. It also seemed as though most of the crowd had a fever, and the only prescription was more cowbell (haha) because they rang through the air all day. 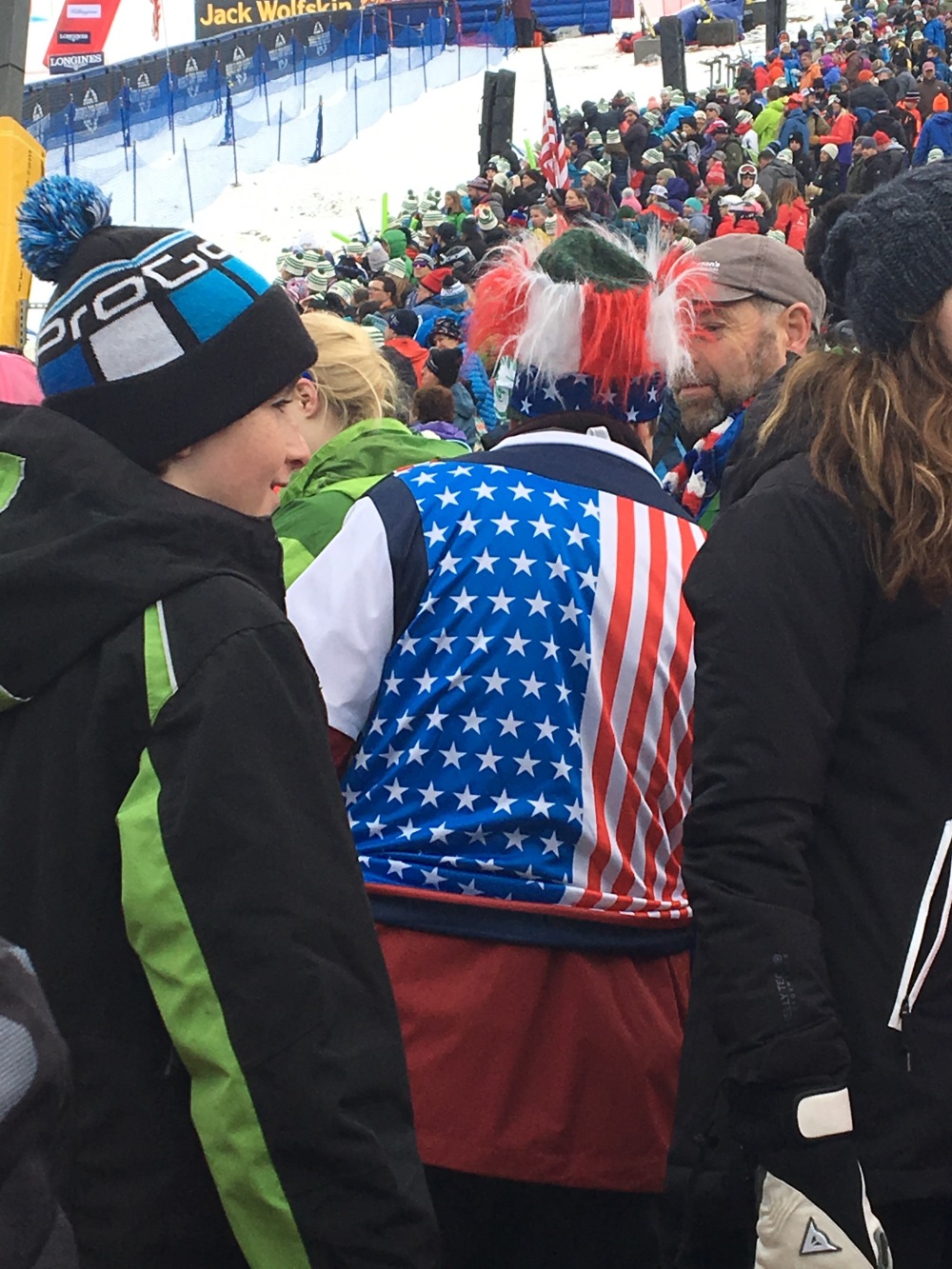 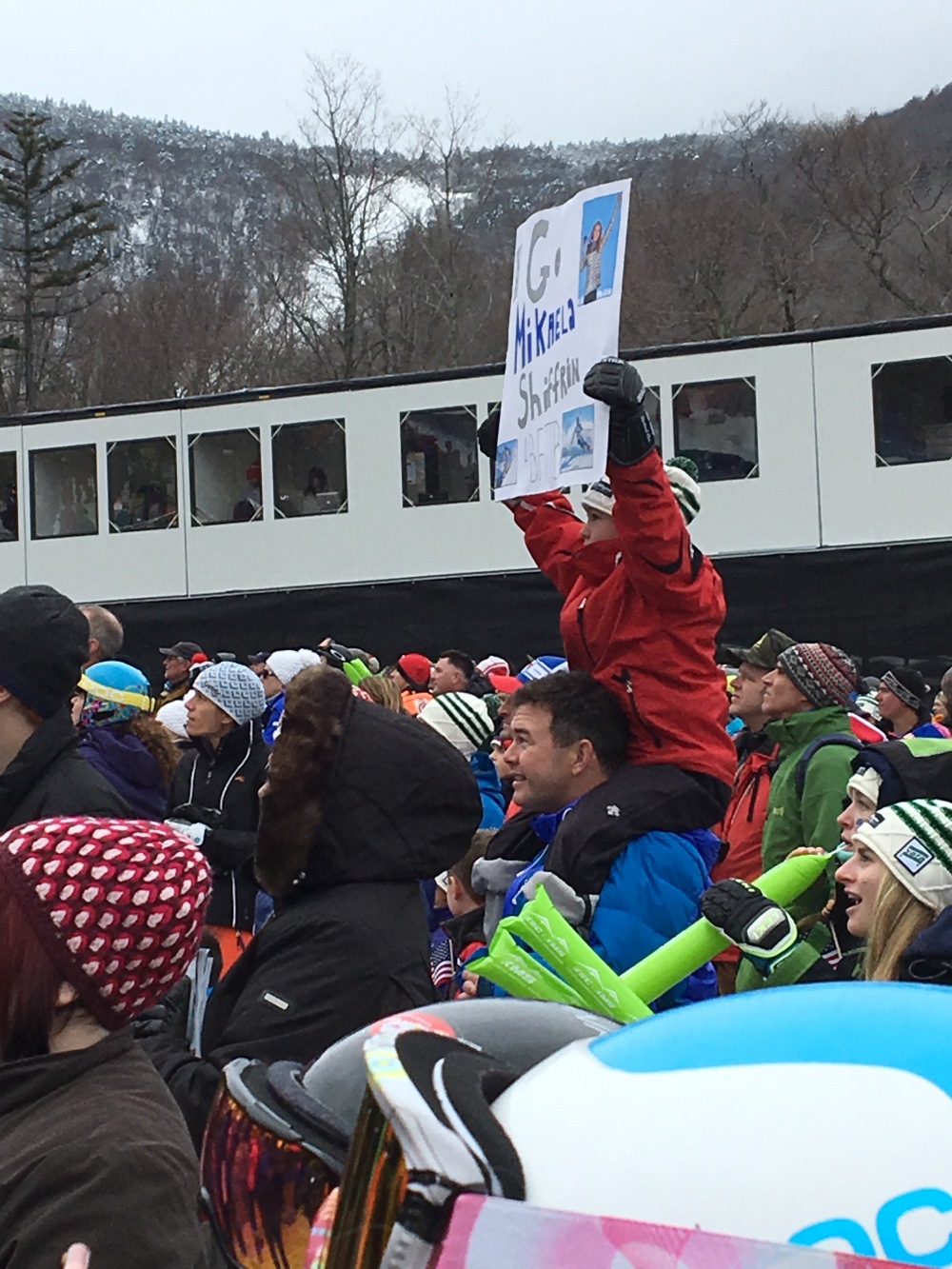 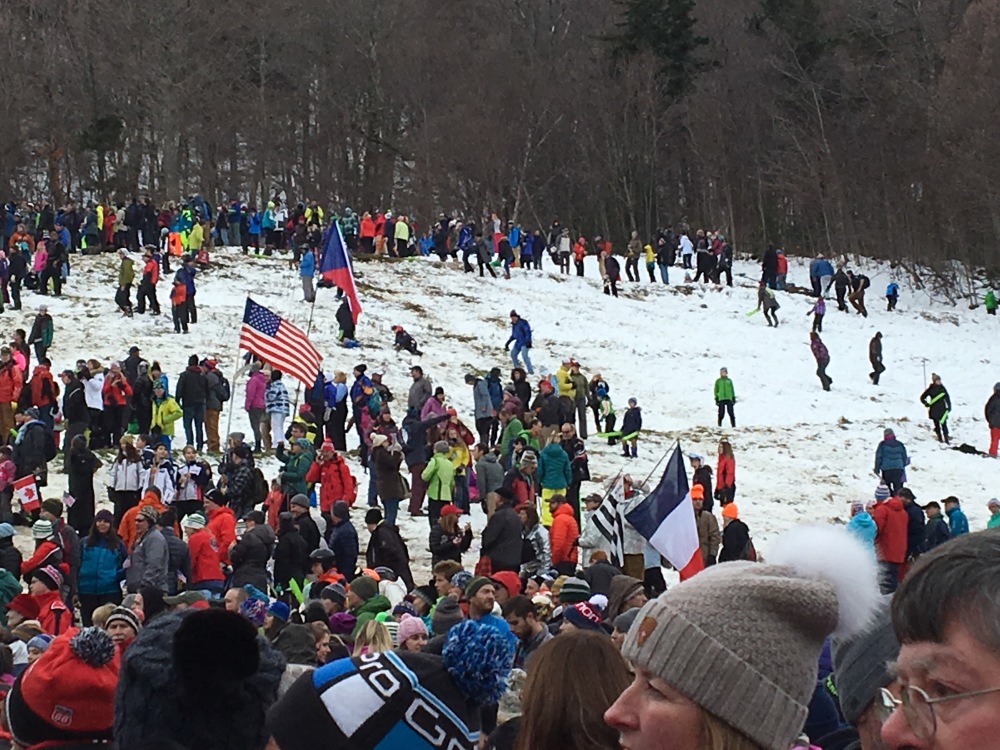 Everyone was getting excited for the races to begin, when the announcer came over the speakers to tell us there would be a 30 minute delay. The whole crowd groaned, moaned, and sighed at once, but this gave everyone more time to find a better place to stand, and for many, more beer.

The general population was pumped to see American Olympic Gold Medalist Mikaela Shriffrin shred down the mountain. Some spectators traveled all the way from Europe and Asia. Many were also there to support first time competitors, some of whom are from—or trained—in Vermont.

Packed in like sardines, the races finally began as the first competitor came flying down Superstar. 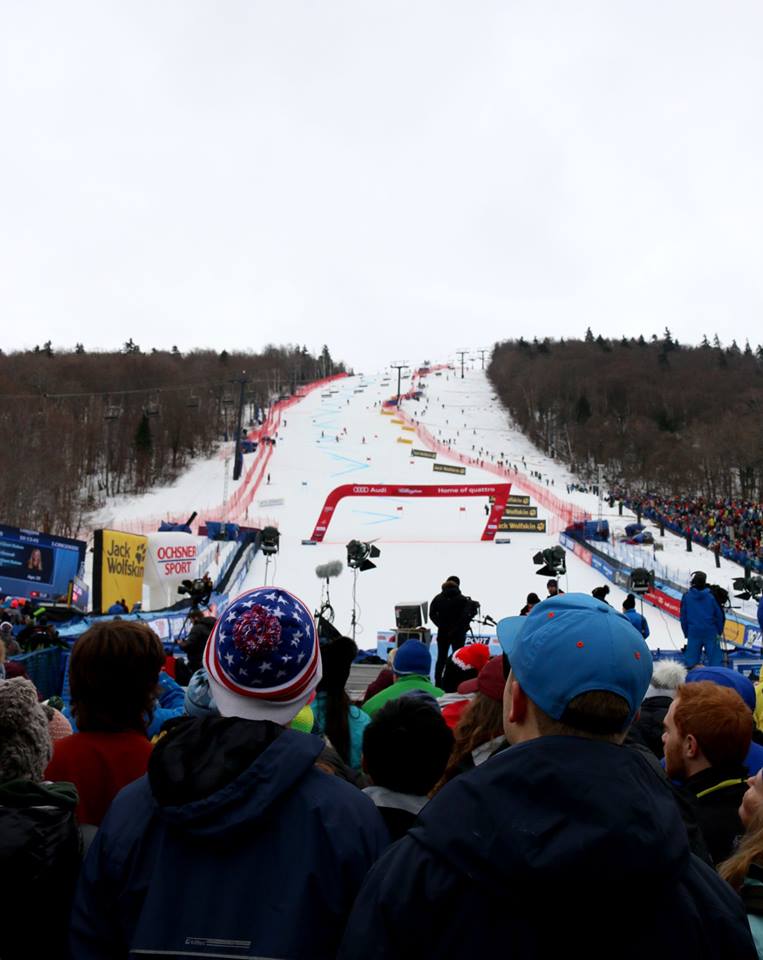 The cold and fog raised issues for the skiers as some slid off the trail, into gates, lost a ski, or even a glove and a pole.

After one nasty wipeout, announcer and former Olympian Doug Lewis said, “This is why they call Killington the beast, because it will bite you right back.”

I stood there cold and confused, requiring my childhood friend and boyfriend to explain most of what was happening to me.

As Shiffrin was about to leave the start house, the crowd erupted, only to be disappointed when she made a mistake coming down.

Once the first round finished, it was time for my friend and I to leave. This was also when everyone else decided to move in the same direction, so we were bottlenecked. Our only glimmer of hope was when people found out about the hot dog and beer stand in the other direction, and we could move forward all of four inches.

Once we got out of the madness, we made our way to where the tailgating was happening and got a send-off hot dog. Then, it was back down the mountain away from the cowbells, screams, and athletes in better shape than I could ever imagine myself to be in.