Are you looking for some new musical talent to lose yourself in? We love these eight incredible women, and we think you’ll fall in love, too.

Listen to a playlist of their work here. 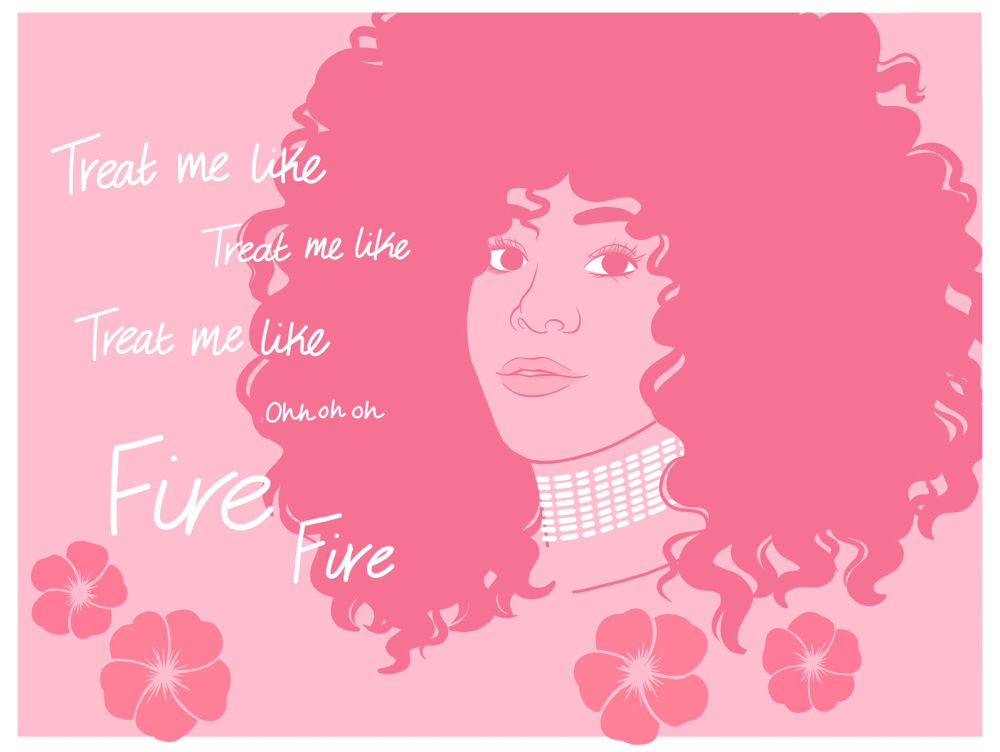 What they’re about: New York vocalist Jillian Hervey and producer Lucas Goodman are LION BABE, putting out retro R&B / girl power disco jams. The pair are both stunning—see them do their gorgeous thing in their music videos (particularly Treat Me Like Fire and Impossible). Some songs are sultry, and others are perfect for blasting when you’re getting ready. Hervey’s voice is absolutely beautiful, and Goodman’s producing makes their tracks worthy of listening to again, and again, and again.

Songs to check out: Treat Me Like Fire / Jungle Lady / Impossible / Wonder Woman / Got Body

What they’re about: Rapper Destiny Frasqueri and musical partner OWWWLS make music with Frasqueri, performing as her alter ego Princess Nokia. Destiny put it best when she described what she does: “I’m making worldly music—music that will talk to all kinds of people. Banjee girls in Harlem, teen brides in the Middle East, gay boys in East Asia. Labels no longer matter. My new music is cosmic and three-dimensional, and it will really speak of who Princess Nokia is. Princess Nokia is sound. It is progression. It is all that I am.” Dope. She’s just put out her first solo album “1992” on her SoundCloud, and goddamn is it good. 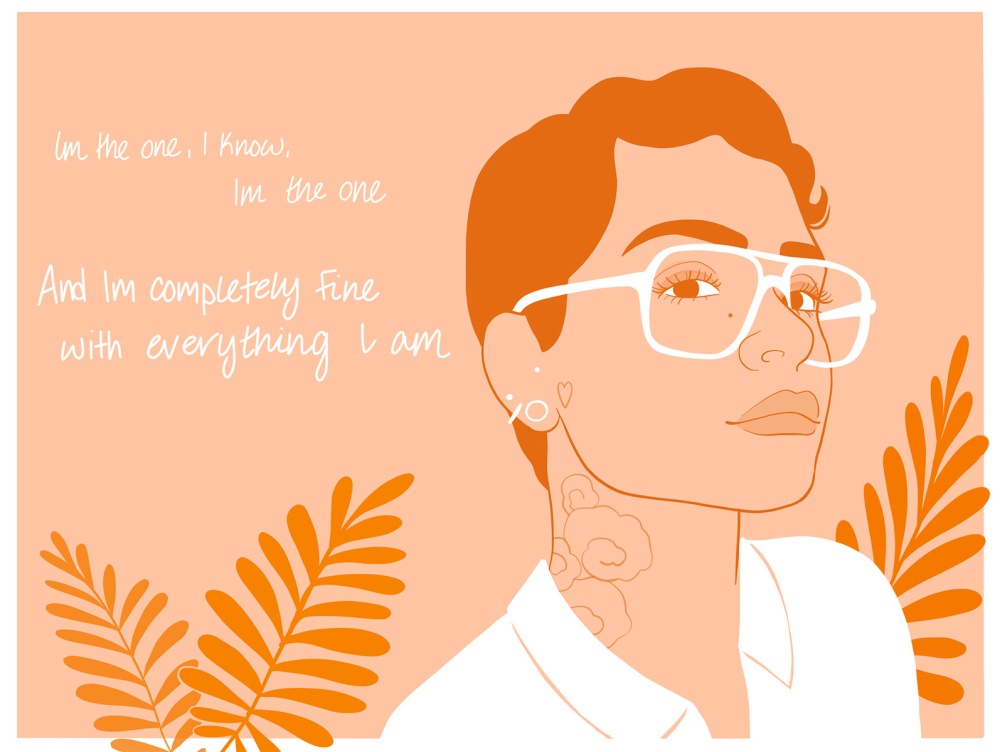 What she’s about: Oakland native Kehlani got her start in music as a member of Poplyfe. With the group, she finished in fourth place on the America’s Got Talent Season 6 finals. Following her stint on AGT, she left PopLyfe due to contract disputes. Kehlani went through a period of homelessness for a year before the release of her first mixtape in 2014, “Cloud 19.” Her follow-up effort—You Should Be Here—was released eight months later and received enough praise to be nominated for Best Urban Contemporary Album at the 2016 Grammy Awards. In her short time as a solo act, Kehlani has made her mark as an artist that wears her heart on her sleeve—evidenced by “The Letter.” Whether she’s talking about self-empowerment, relationships, or her hardships, Kehlani’s voice can satisfy everyone’s music needs.

Songs to check out: FWU / You Should Be Here / The Way / The Letter

What she’s about: Jhené Aiko Efuru Chilombo is a champion of new wave R&B, blending contemporary lyrics and synthesizing with elements from classic R&B and old school hip hop. Aiko’s voice is sweet and deeply emotive; you can hear the heartbreak and love in it. Picture a mashup of Kendrick Lamar and Sade Adu. She writes by freestyling—putting down a few lines of poetry about what she’s feeling and then working through melodies and lines until she’s ready to record. Aiko credits a lot of her inspiration to artists Tupac, Eminem, Aaliyah, and also cannabis. During the recording of her albums, Aiko will use being high as a way to get in touch with her own emotions and inspirations. She also places a lot of importance on writing all her own music, saying, “After each song I’ve lost a piece of me, because I’ve put it into the song.”

What she’s about: London born singer songwriter Lianne Charlotte Barnes makes dance-worthy and cry-worthy songs that use her superb vocal range and musical talent to get under your skin and into your head. Her stage name is taken from her Greek fathers last name, Vlahavas. After touring her first album, Barnes took a break and went to Jamaica with her mother. The trip got her in touch with her roots, which caused her Second album “Blood” to be heavily inspired by the musical influences of her Greek and Jamaican background. She is a multi-instrumentalist—playing guitar, piano and bass—performing as singer and lead guitarist when playing with her band. Her two albums “Blood” and “Is Your Love Big Enough?” will have you singing her lyrics to yourself all week long.

What she’s about: We don’t have enough good things to say about Raeen Roes Wilson, known by her stage name as Angel Haze. Wilson is a self-taught speaker of Tsalagi (the language of the cherokee tribe), and identifies as pansexual and agender. When asked about her gender identity, she said, “I sound like four people when I get written about as ‘they.’ It drives me crazy. If you call me ‘him’ or ‘her,’ it doesn’t matter to me. I don’t consider myself of any sex. I consider myself an experience.” Wilson’s music is strong and emotional. She talks about relationships, regret, her secular influences, and her childhood. For advanced listening, check out her song “Cleaning Out My Closet” in which she recounts her experience of being sexually assaulted as a young girl. In addition to her musical career, Raeen works on spreading body positivity and being a queer WOC role model.

What she’s about: Syd tha Kyd is a triple-play as a singer, producer, and DJ. The Crenshaw, California-born 24-year-old built her own music studio inside her home when she was just 14. In 2008, Syd became a member of the hip-hop supergroup, Odd Future. In early 2011, Syd formed The Internet with Patrick Paige II, Christopher Smith, Jameel Bruner, Steve Lacy, and fellow Odd Future member, Matt Martians. Together, the group has released three albums: Purple Naked Ladies, Feel Good, and Grammy-nominated Ego Death. Syd tha Kyd’s calm charisma and smooth vocals have helped launch The Internet to success. The sky’s the limit for the group, and if “Fuck your little funds, a million ain’t enough” is any indication of the group’s ambition, they don’t plan on slowing down.

Songs to check out: Get Away / Special Affair / Red Balloon / Web of Me

What they’re about: Another London girl, Triana has been obsessed with music since she was seven. She spent her childhood writing poetry, signing, and making her own mixtapes, recording her music on two old cassette decks. Triana’s career has been on the up and up since 2009. Since then, she’s traveled all over the world to perform, as well as sung backup for Erykah Badu. Her voice is deeply soulful, husky, and dynamic. In addition, she has absolutely killer style—check her out on Instagram at andreyatriana and get alllllll the clothing envy. Triana has two albums out so far: “Giants” and “Lost Where I Belong,” both are so damn good all the way through. We can’t wait to see what she comes out with in the future.

Also—next time someone says some ignorant shit about there being no good female rappers, hit ’em with some of the names in this article.