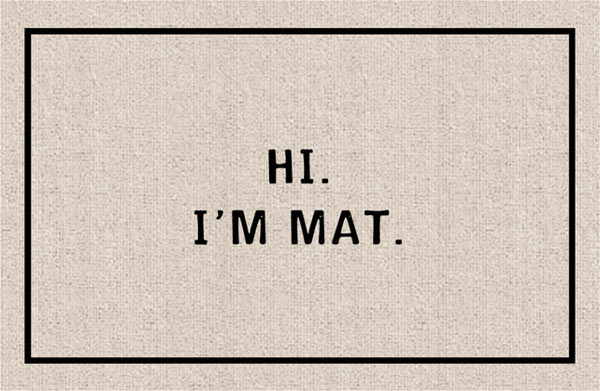 Underneath the innocuous cover of Champlain’s varied and seemingly inclusive social environment lurks a discriminatory secret society that adds to the inherent elitism in Matthews everywhere. This society is the “Champlain Matts.”

Champlain Matts is a closed Facebook group on the Champlain server that is open only to students at the college named Matt. This group works hard to hide its existence from non-Matts, but recently, two Champlain freshmen stumbled upon its existence.

“I met Matt Rohr at an open mic last Wednesday in the IDX Student Life Center,” said Jessy Moyer, 18. “It was a very brief introduction… then we started talking through Facebook.”

Moyer, along with Jessica Shultz, 18, decided one day to meet up with Rohr in person.

“We were just walking around Church Street and he mentioned [Champlain Matts] and it kind of sparked my interest,” Moyer explained. “It was kind of like ‘oh! I’m being excluded from this group’ you know? My heart kind of broke in half.”

Shultz also reacted negatively to the group’s existence, saying she felt “victimized” and “discriminated against.”

Moyer and Shultz have made numerous attempts to infiltrate the group, from merely requesting admittance to breaking into Matt Rohr’s phone to even creating a fake profile on Facebook.

While the group appears to be impossible to infiltrate for non-Matts, those with the name “Matt” or the last name “Matthews” can gain entry quite easily. One member of the group who shall henceforth be referred to as “Matt” shares their story.

“I hit request to join, and then several hours later I got confirmation that my request was accepted,” Matt said. “I felt pretty honored, but also like I was joining a cult? It’s probably fine.”

One of the first experiences Matt had upon entering the group was being told “we’re all related here on Champlain Matts.”

Despite the cult-like nature of the group, Matt argued that its existence is positive.

“It makes the Matts in the world feel special,” Matt said. “It’s really hard when everyone has the same name as you to feel special about yourself.”

But is it okay to bolster your self-esteem by excluding others?

“[Champlain Matts] is a secret society to exclude other people, purposely. To make us angry and just hate our lives,” Moyer said.

Since discovering the group’s existence, and thereupon being excluded, Moyer has begun to lash out at her friends within the group.

So, while Champlain Matts may increase members’ self-esteem, it also isolates them from non-Matts, supporting the claim that it is a cult that needs to be eliminated for the wellbeing of Champlain’s delicate, anime-thirsty social ecosystem.