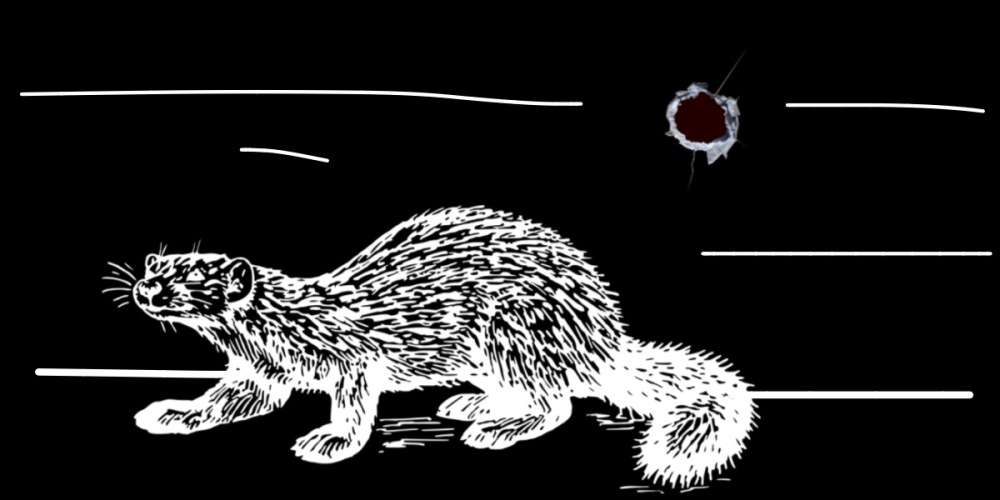 Since she was a little girl, my mom always wanted to live on a farm. So one day, when I was twelve, my dad brought home two ducks. We cleared out the second part of our garage, my grandfather’s old workshop, and turned it into a barn of sorts. Those two ducks have now turned into about 30, along with two sheep. And no, they aren’t all squished together into one tiny space; my parents aren’t that stone-hearted. There’s a wall between the ducks and the sheep, so they’re only just crammed into two even smaller spaces. Adjacent to the “barn” is my room, and the animals never shut up, which makes nighttime fun. It’s all I can do to not shout at 2AM, “Shut the fuck up, I’m trying to masturbate!”

The winter of my senior year, a mink got into the barn and killed five ducks. We patched up any and all holes we could find, but it came back the next night. After that, we prepared for war, and set up non-lethal cage traps all over the barn. A week went by, and while we hadn’t caught the mink, it hadn’t returned, so we thought it was over. That very same night, the bastard struck again, taking another two ducks. We were done playing games now. The traps didn’t work, so we only had one option left. One of our neighbors goes hunting every weekend, so I told my dad that we should ask him to come over and shoot the mink. Instead of that, my father decided the best way to deal with the problem would be to take one of our neighbors high-powered hunting rifles and kill the mink himself. For context, my dad has never used a gun in his life. But we’re men; we don’t need instructions.

That very afternoon, our neighbor came over and, after an extremely brief explanation of how the rifle worked, left my dad with the gun. He told us to not touch it, left it in the barn, and we all went to bed for the night. In the morning, I woke to a loud THUD on the wall behind my head. Before I was awake enough to process what the sound could be, my younger brother came in and told me what was going on. Dad was shooting at the mink, which was by the wall behind my head. He then said that I was supposed to get up, get dressed, and come outside to help. After he left, I got up to do just so. As I was fastening my belt, something I had never expected to happen in a small log cabin in the middle of the woods did: a bullet tore through the wall of my room.

Later, I would do the whole CSI-bullet-trajectory string thing to see the path of the bullet. No matter how close it had been to hitting me, I still would have freaked out. A bullet flew across my room; anybody would have. The string showed me just how close I was to dying that day. The bullet missed hitting my heart and lungs by under a foot.