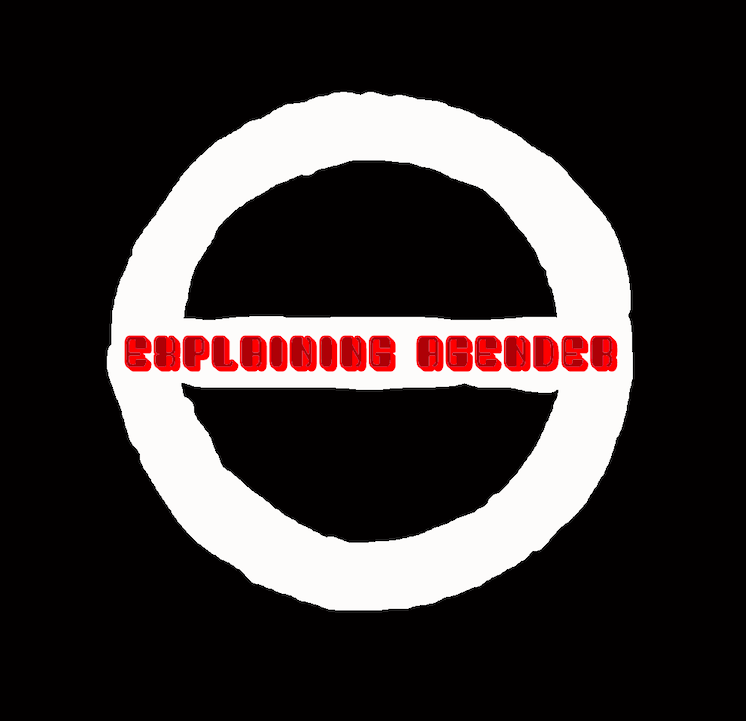 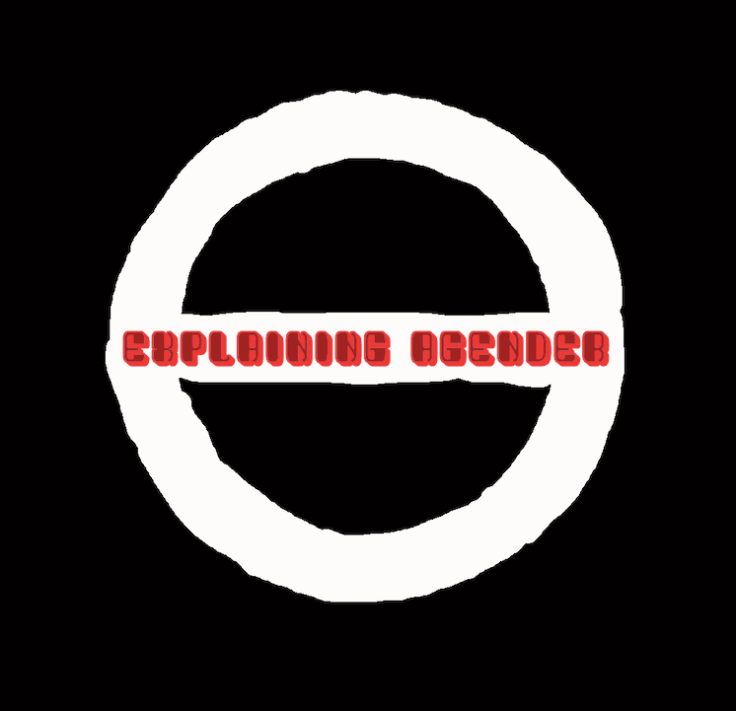 What is agender? Let’s break the word down. The prefix a- means “without” or “not.” Gender, a common word commonly swapped with sex, even though they have different meanings. A-gender. Without gender. But that still doesn’t cover it. Let me set up a scene.

Think back to when you were a toddler. Remember when your parents took you to to the toy store to buy you a gift for being good? Imagine your childhood self standing in the middle of the toy aisle. On the left there are shelves with pink Barbies, baby dolls, and princess crowns. On the right are blue trucks, Transformers, and plastic tools. In the middle is you.

You must make a choice: play with the doll or the truck. Neither option seems very interesting. You don’t even bat an eye at the secret third option that the store employees tried to hide from you and the rest of the children perusing the store. Green dinosaurs prowl the shelves behind them. You look back and forth between the doll and truck before pushing both away. You don’t want either one.

“But all your brothers and sisters played with these! Why can’t you?” scream your parents. They force you to play with one or the other, but you don’t want to play with any at all.

Children are assigned the same gender as their sex at birth and usually grow up that way. However, once they get older, they may start feeling like something is wrong. All people, not just children, are made to feel that boy and girl are the only options. You can be one or the other. God forbid if you ever want to switch genders. Of course, this is not the case. It’s just how I was made to feel. I was never told that I could be anything or anyone else.

In reality, there are so many more than just two genders; You can be both at once, change day by day. But then, there’s agender. Falling outside the binary. Being nonbinary. Having no gender at all. It’s a relatively new word, but to some, it feels like their word. It is neither the pink doll or the blue truck. Nor is it something purple or green, or something else. It is something entirely new. This is a toy that takes the form of nothing. And that’s okay. Because that doesn’t mean that it’s broken. It’s just different.