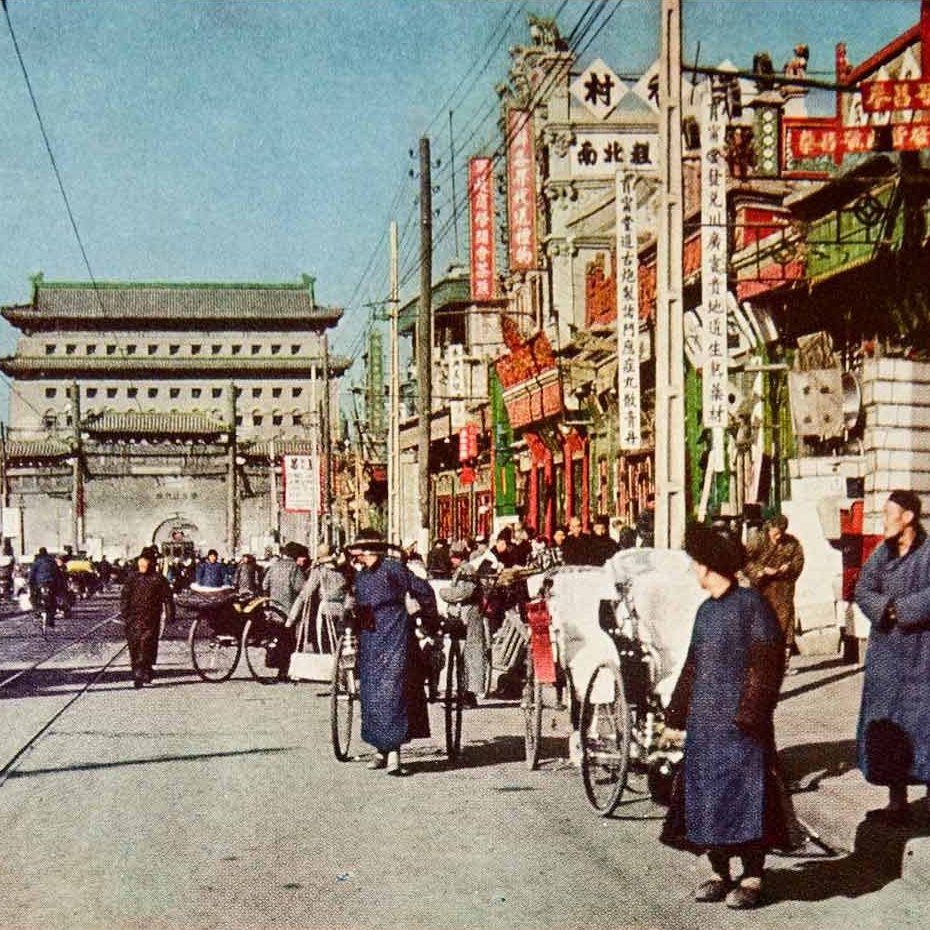 Hot, humid, and funny-smelling. Sounds like Florida, but not quite. I had just landed in Beijing, China with several students and teachers from my high school. While we were there, we caused some mischief, disregarded cultural norms, and willingly made no more of ourselves than your common idiot.

Tom and the Sex Shop

One day, we visited the Huaihai Lu Underground Shopping Center. My friends Tom, Gavin, and I were running from store to store bartering with the owners, even if we had no intention of buying (we just liked getting in heated discussions then leaving).  After a while there were no real stores left to antagonize. We were talking about turning around when there it was: a small curtain-covered, sleazy-looking sex shop.

We went without hesitation. We weren’t even inside the store when Tom spotted something he needed to have. It was a pair of black leather underwear with studded straps that went over the shoulder (I was told this is called a “banana-hammock”).

Gavin and I hadn’t even entered yet and Tom had already run up to the poor man who was running the shop. Grinning eagerly, Tom yelped out “1000 YEN!” with no hesitation.

Gavin and I stood still inside the shop. The shopkeeper, however, was having none of this.  Even with Tom’s ridiculously high offer (approximately 140-150 USD), the man would not sell. Higher and higher Tom went, his volume increasing with the offer. Eventually, Gavin and I snapped out of our stupor and thanked the man as we made haste to escorted Tom from the shop.

Tom did not buy any underwear that day.

One of the chaperones on the trip was a simple man; I’ll call him Mr. R. Mr. R was one of the few people on the trip that had the pleasure of knowing absolutely zero Mandarin.

He often asked my friend Dillon to translate for him. Dillon was not the right person to ask. Don’t misunderstand – Dillon knew the language, but that was the problem. Dillon often misled Mr. R, but he was just close enough that Mr. R always believed it to be an accident and never blamed Dillon.

A small group of us (myself, three other students, and Mr. R) were in a Buddhist temple outside of Hangzhou. Mr. R asked Dillon how to politely greet people in an honorable way. Dillon told him 您好垃圾 ( ninhao laji ) or “Hello trash.” The first two characters mean hello, but in an honorific sense. Unknown to Dillon, calling someone trash in China is fighting words. It is a good way for things to turn physical, and if a resolution is not found, it may lead to hands being thrown.

Inevitably, Mr. R did greet someone. Luckily the woman did not hit him, she just started yelling. Another student and I rushed over and asked her what happened. She hastily explained and was — for lack of a better term— extremely pissed.

Our words stumbled over each other as we explained to her in Mandarin that Mr. R did not know the language and that it was a mistake. Afterward, I sought out Dillon and explained what happened.

We were laughed hysterically and learned nothing.