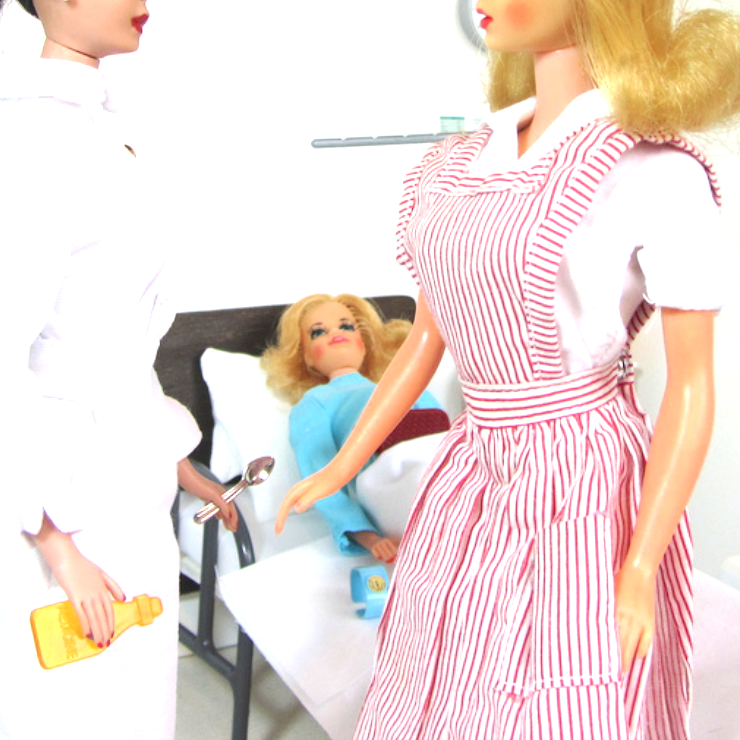 Between your brain and your skull there’s a membrane called the meninges. It’s there to protect your brain, spinal cord, nervous system—basically, it makes sure your entire body can function and you stay alive.

Meningitis is when your meninges gets infected and tries to kill you instead.

After two weeks of being practically, mysteriously bedridden, four very unhelpful visits to the Champlain Health Center (No, I won’t do blood work, I wouldn’t know what to check for anyway… Let’s just do another pregnancy test… You haven’t really been sick for that long, you’ll be fine…), a temperature of 103 degrees, and 2 visits to the UVM ER, someone finally figured out that there was something wrong with me.

It wasn’t “just a headache.” My brain was cooking inside my fucking skull.

Some fun facts: Untreated meningitis has a 70% mortality rate. 1 in 5 people wind up with permanent damage including hearing loss, neurologic disability, loss of a limb, etc.

I don’t remember much of my second ER visit. The Uber driver dropped us off at the wrong exit so my mom and uncle were dragging my delirious, semi-conscious body down an empty hospital hallway at 1:00 AM. I hadn’t been able to shower or change my clothes in 4 days and my feet were bare because I was too weak to put on shoes.

We made it to a locked door. I promptly vomited all over it and then my feet. I couldn’t hold my head up long enough to puke in one direction. Some nurses finally let us in and deposited me into a wheelchair—the only thing that had been keeping me upright was sheer determination on my mother’s part.

I was in and out of consciousness for the next four hours. I remember not being able to move myself but being moved—the wheelchair down the hallway, into a bed, out of a bed, another wheelchair down another hallway, a stretcher, another bed.

I didn’t actually see any of these things though. Mostly I remember how bright it was. Even with my eyes closed, even unconscious, the light was blinding but almost cold, sterile. I could feel my head, my whole body, burning. And this light I could see was so, so bright and cold but I couldn’t feel that, couldn’t feel anything except my own body on fire.

The whole night felt like a fever dream. Like you’re having one of those nightmares where you’re in a situation that terrifies you. Aware your surroundings exist but can’t focus on them. Now imagine it’s real. You’re on fire. And it lasts for three days.

I got my first spinal tap that night.

I remember feeling the nurses’ hands roll me onto my side, my mother’s stroking my hair. There was a ringing noise that sounded like, hold still… don’t move. I felt the needle puncture my skin. My mother says I screamed, then passed out again.

Five days, six IVs, three doctors, god-knows-how-many nurses, one infectious diseases specialist, 21 vials of blood, 16 frantic “holy shit have you actually died” texts from my friends, two EKGs, one MRI, and a lot of antibiotics and antivirals later, my fever finally came down and I was able to eat solid food. I still couldn’t shower or walk very far but I was conscious and coherent.

Since meningitis is such a contagious, life-threatening disease I couldn’t be released without positive confirmation that it was gone. The only way to get that confirmation was another spinal tap.

Dr. Smith* explained the procedure to me. I had to sit on the edge of my hospital bed and hunch over the food tray, curling my body into a C. My mom stood in front of me, holding my hands and watching the three needle-wielding doctors.

The “numbing” injection burned even more than the fever had. I ground my teeth and squeezed my eyes shut, willing it to pass. But it didn’t.

Now, I’m not someone who’s afraid of needles; I never have been. But a spinal tap needle is different. It’s five inches long and goes directly into your spine. A doctor has to get it exactly between the correct vertebrae without hitting any nerves or arteries. You have to stay completely still. If either of you mess up even a little bit, you can wind up paralyzed for life.

So it’s important that a qualified medical professional be the one doing it. Even though there were three doctors in the room, Dr. Brown* was the only one doing the procedure.

I’m sure at some point I was informed that Dr. Brown was not actually a doctor but a resident, meaning he graduated from medical school but was still in training and had never done a spinal tap before.

However that information didn’t quite make it through my infection-addled brain. I thought since everyone called him “Doctor Brown” that he was… you know… a fucking doctor.

I didn’t realize he wasn’t a doctor until he was shoving a needle into my spinal column. Dr. Smith (a real doctor) was talking him through it like a drivers’ ed instructor. And I couldn’t move.

The tray dug into my ribcage. The tissue in my back was still swollen from the first spinal tap; I could feel Dr. Brown wiggling the needle back and forth inside my back, trying to force it in deeper. The numbing medication still wasn’t working.

I don’t quite know how to explain this kind of pain to you. It’s unlike any other. Beyond the intense pain, it feels unnatural. Like your brain doesn’t know how to process it. Nerves and tissue that have never been touched before are suddenly exposed and stabbed.

More than that, my swollen body and Dr. Brown’s inexperience made an already excruciating process feel like it was happening in slow motion.

I started sobbing. Not just from the pain but from the knowledge that the fucking intern had a needle in my spine and I couldn’t do anything about it.

One of the doctors gave me another injection of numbing medication. It didn’t help. Dr. Brown kept forcing the needle deeper into my flesh. I could feel the metal grinding against my bones.

My mother squeezed my hands and stroked my hair, whispered something soothing—I was barely aware of her. My sobs and screams melted together and it sounded like I was being strangled by the pain.

The pain didn’t, but he did. I collapsed back onto the bed, still sobbing. Dr. Brown apparently felt horrible. I was still wiggling my toes and bending my knees, just relieved I could still feel anything at all.

After all that, he wasn’t even able to get any spinal fluid.

That meant spinal tap number three was scheduled for the next day.

I remember sobbing into my mother’s lap like a child, getting out “I can’t do that again” between gasps and tears.

Dr. Smith told me a real doctor would do it this time. And he’d use an X-ray machine so he could actually see where in my spine the needle was going.

This had apparently been an option the entire time but no one informed me of it until after the intern got a chance to poke around my vertebrae.

True to his word, Dr. Smith had me rolled down to the X-ray wing the next day. I made it a point to ask the doctor there how many spinal taps he’d done before. He seemed confused that I was crying before they even got me on the table. And no, I did not want to look at the X-ray image of the needle entering my spine.

The meningitis was gone. They sent me home two days later. I was on bed rest for another week.

I still have scars on my back from the three spinal taps. Headaches trigger panic attacks and frantic calls to my mother. Every new doctor I see raises an eye at my chart and remarks that I’m lucky to be alive.

They don’t know the half of it.

*Not their real names, obviously.