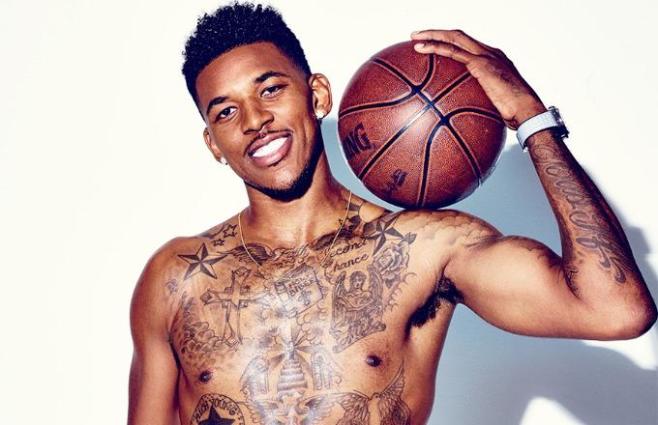 Last month, the internet showed its true colors thanks to scandalous developments in two celebrity relationships.

The first, between Australian rapper Iggy Azalea and Los Angeles Laker Nick Young, had been going strong for nearly three years. The couple announced their engagement in June 2015. However, his teammate, D’Angelo Russell, taped Young discussing his encounter with a 19 year old woman. The conversation was leaked online and proceeded to spread. Russell maintained that it was a prank gone wrong and never intended for the video to become public.

Unfortunately, the explanation proved worthless as the rookie was reportedly shunned within the Lakers locker room. Russell was quickly labeled a “snitch” and was dragged on social media for violating Guy Code. Some went as far as saying that he should be traded as his current teammates would be unable to trust him. Days after the video leaked, the Staples Center greeted Russell with boos during the Lakers’ starting lineup introduction.

End result: The shame being focused on Russell allows admitted cheater, Nick Young to escape mostly unscathed. The only known retaliation he received was Iggy threatening to cut off a portion of his penis if she got “real evidence.”

The second, between Kehlani and Kyrie Irving, was going seemingly well. The former had spoken positively about her relationship with Kyrie in ILY Magazine in February. Although Kehlani was still relatively unknown, one Instagram photo put her in the spotlight for all the wrong reasons. More on that story here.

End result: Kehlani is scarlet-lettered throughout social media despite not cheating.

And that’s fucked up.

Did D’Angelo Russell violate his teammate’s trust by recording a conversation that was supposed to be private? Absolutely. But the bro code violation has incorrectly painted Nick Young as the victim.

Compare that to Kehlani, who was publicly cleared of any cheating allegations by Kyrie Irving himself. She was labeled as a “hoe” before and after it was confirmed that the relationship ended prior to the Instagram photo being posted. When her suicide attempt went public, the internet refused to let up.

Both Kehlani and Nick Young had their business posted on the internet without their knowledge. Kehlani got the “innocent until proven guilty” treatment and received heavy misogynistic backlash.

A month later, Kehlani has been posting tour dates on her recently inactive Instagram. The verdict is still out as to whether D’Angelo Russell will face any long-term consequences for the video leak. Young hasn’t had playing time in over a month.

The internet is an open world for anyone to comment on other’s lives. Sadly, freedom of speech makes people think that misogyny, racism, and overall prejudice is okay. Kehlani was 100% correct in saying that “social media is the goddamn devil.”