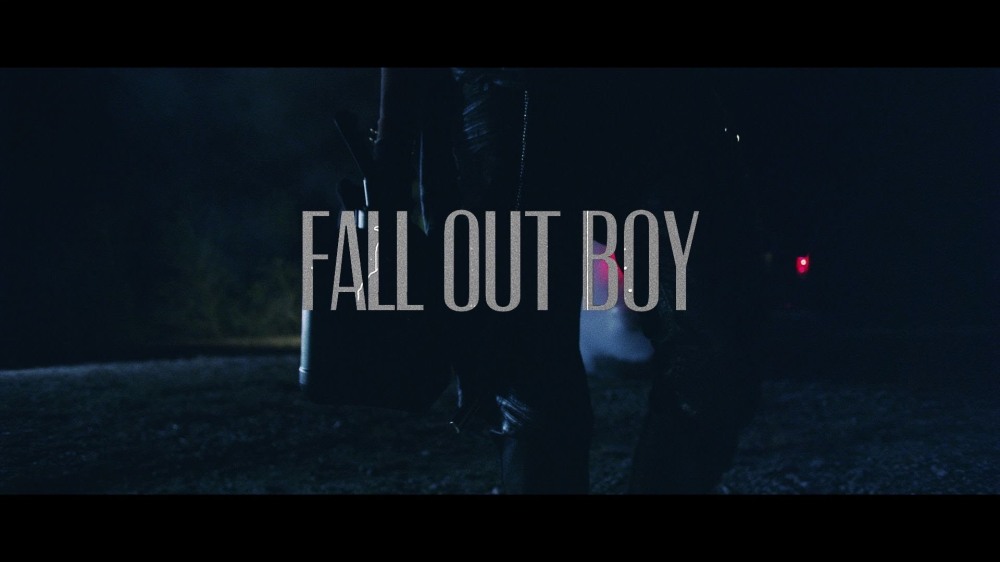 May 6, 2003. I was (probably) eating mud in my backyard, seven years old and utterly unaware that this would be the most formative day of my life. According to Google, there was a literal tornado in Southern Illinois—a tornado I have renamed The Tornado of Emo, raging through suburbia as Fall Out Boy, a band hailing from Chicago, released their first album, Take This to Your Grave.

I didn’t discover Fall Out Boy until seventh grade. I was surfing Youtube during class. Forty-five seconds into Thnks Fr Th Mmrs, I was sold. I was changed.

Unfortunately, I was also poor. I sighed longingly at Hot Topic’s appallingly expensive miniskirts. I may have worn pink cat shirts and friendship bracelets, but on the inside, it was leather and studded cuffs. I never looked the part, and so I suppose it can be argued that I wasn’t really emo. I wasn’t really not-emo either, so I never fit into a neat box. Middle school was rough like that.

I had two years to loudly love Fall Out Boy, to wear their bootlegged t-shirts and sing “AM I MORE THAN YOU BARGAINED FOR YET?!” while on the band bus, driving to a marching band competition, before tragedy struck. In eighth grade, I saw Fall Out Boy live for the first time. I cried. Sixths months later, Fall Out Boy announced they were going on hiatus. I cried.

It was pretty emo.

In this cruel world, I had to adapt.

I’m going to be honest, though. Thank Our Lord and Savior, Patrick Stump, that I was not born into millennia where lions actively hunted human beings, because I would have been fucked. I was never very good at adapting.

I wasn’t socially aware enough to give up on being half-emo.

2010. There we were. Little Brooke—fourteen, braces freshly off, wearing my first pair of Converse (bubblegum pink) and a t-shirt with a panda on it to my first day of high school. Listening to Fall Out Boy. Nothing prepared me for freshman year quite like the lyrics, “Are we growing up or just going down?” Little Brooke, thrown into the lion’s den of seventeen year olds whose favorite pastime (other than bragging about having a driver’s license) was making younger kids feel bad about themselves.

And, you know, I did all right.

I was no Queen B, but I was no pariah. I had my friends, I did my thing, and it wasn’t bad. If people sucked, I avoided them. By some strange twist of fate, my lack of social-suave didn’t completely screw me over. Music was a huge part of me—unapologetically so. And it worked out.

November of my junior year, my parents divorced. That February, Fall Out Boy was resurrected.

They returned from hiatus with thumping bass and screaming guitar. They dropped a full album, Save Rock and Roll, and I saw them that April at the House of Blues Boston for their comeback tour. I cried.

Humans are pretty fucking weird. We care about shit. We get emotional about weird stuff, like free burrito day, cat videos, or League of Legends. We’re all really different and we like what we like, despite what other people think about it.

2015. Here we are. Brooke, slightly older. R.I.P. to those bubblegum pink Converse, lost in the pit at a concert. I’ve amassed a proud collection of white, grey, and black t-shirts. I listen to other music now, but still a lot of Fall Out Boy. Nothing prepared me for freshman year of college like the lyrics, “I’m good to go and I’m going nowhere fast, but it could be worse.” Slightly older Brooke, thrown into the quasi-real world, where toothpaste is expensive and upperclassmen are too busy figuring out the whole “adult” thing to make underclassmen feel bad about themselves.

I still don’t care if liking Fall Out Boy is uncool, because I like them and I think giving up things you like to seem cool is actually pretty lame.

I don’t know where your boy Pete Wentz is tonight, but I hope he’s doing something he thinks is rad.

I know I will be.