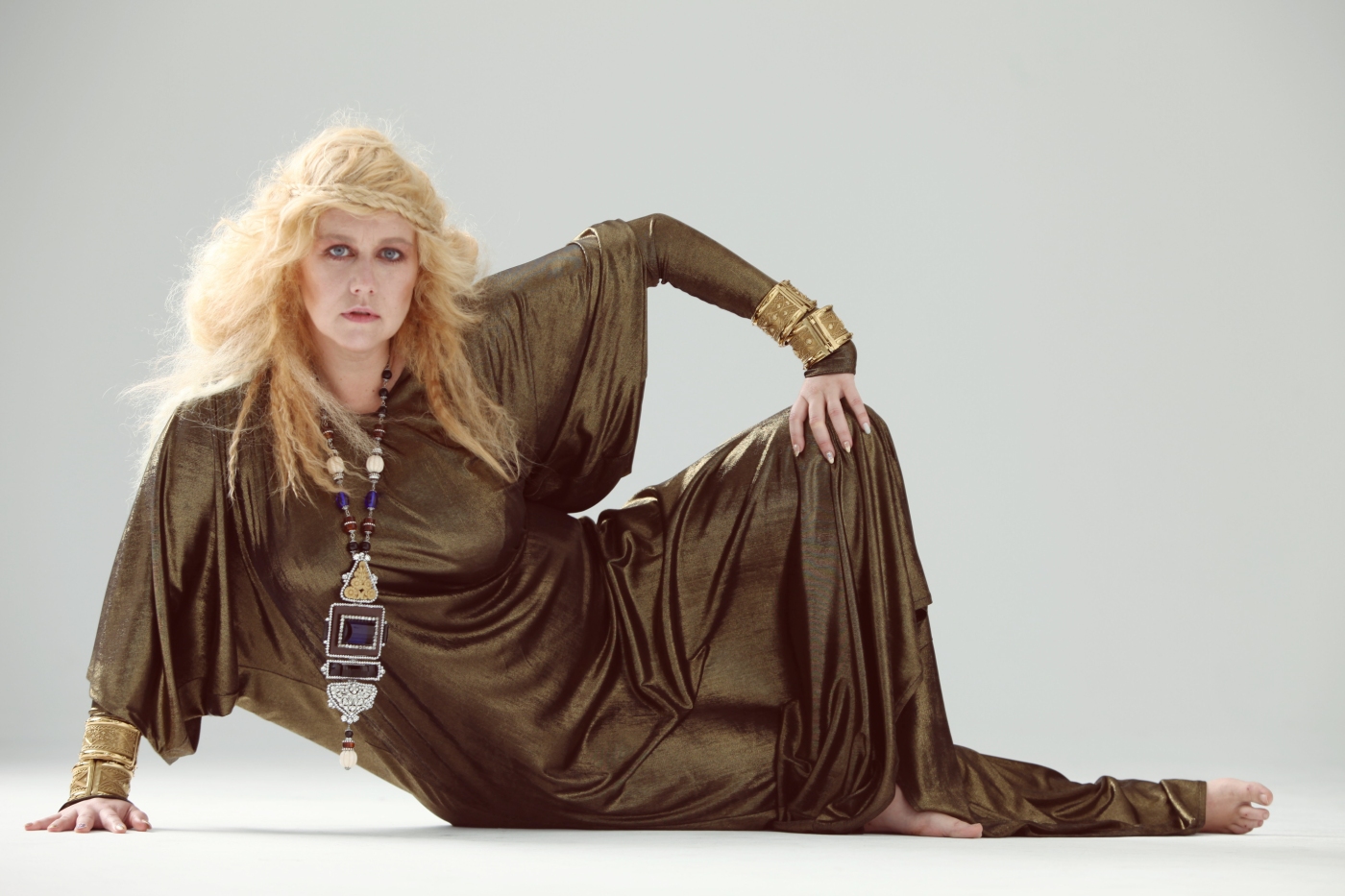 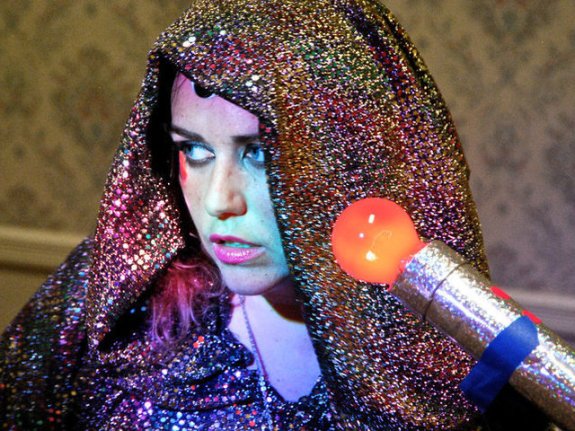 The gymnasium at Saint Mike’s has the look and feel of a high school semiformal dance. It’s October 23, and Foster the People is going to play the half-empty gym made up partly of college kids and partly of adults taking their thirteen-year-olds to their first concert. But first, the opener needs to perform.

A woman comes out to the stage in a sparkling robe that is tinted pink from the flashing lights. She starts in on that “I’m-looking-up-at-the-ceiling-in-a-spacy-way-because-I’m-so-entraced-by-my-own-music” bit. I start to hear the rumblings of an electronic bass. The woman turns sideways and we, the audience, discover that she is aggressively pregnant. The crowd screams euphorically at the woman and her fetus-filled belly. She screams and moans at us while her bandmate plays “technology.” It really isn’t bad.

She stage-whispers into the mic, “We are Heloise and the Savoir Faire.”

A couple next to me is grinding to their own beat. The girl behind me keeps knocking into me with her shoulder while she inexplicably twirls around in circles. All three of them are screaming with the rest of the crowd when suddenly, the pregnant electronic vocalist rips off her glitter wizard robe. Heloise is wearing an impossibly tight leopard print jumpsuit and a necklace with a wooden cross resting safely on her belly. We see now that she’s both wicked pregnant and wicked badass. I’m surrounded from every angle by human bodies, so I think I’m sweating through my shirt (but only a little).

Heloise and her unnamed stage partner play songs off their record “Diamond Dust,” including one song titled “Hughes.” Before playing it, she gives an extensive monologue about how inspired she is by high school films of the 80s and 90s and how “this song goes out to all the kids out there who don’t give a fuck!” She then launched into an electronic jam about not caring ‘bout shit and wanting to fuck people—all one needs to create the perfect song. During their song “Dive In,” Heloise plugs in her iPhone and viciously plays an app-based electronic organ, rubbing her two fingers wildly across the touch screen. The set is confusing and extremely cool in the weirdest possible way.

Our leopard print Mom spends most of the set doing body rolls, booty pops, and sexy squats. Some people are screaming because of how badass she seems. Personally, I am screaming because I’m pretty sure the baby is going to fall out of her person. I wonder how I can get Heloise’s confidence, I wonder if I really want her confidence, and eventually I decide that I really, really do.

Heloise blows us kisses, preparing to leave the stage after her set. She welcomes that super underground band, Foster the People. They lope onto the stage and play this one really obscure song “Pumped up Kicks.” None of them appeared pregnant.