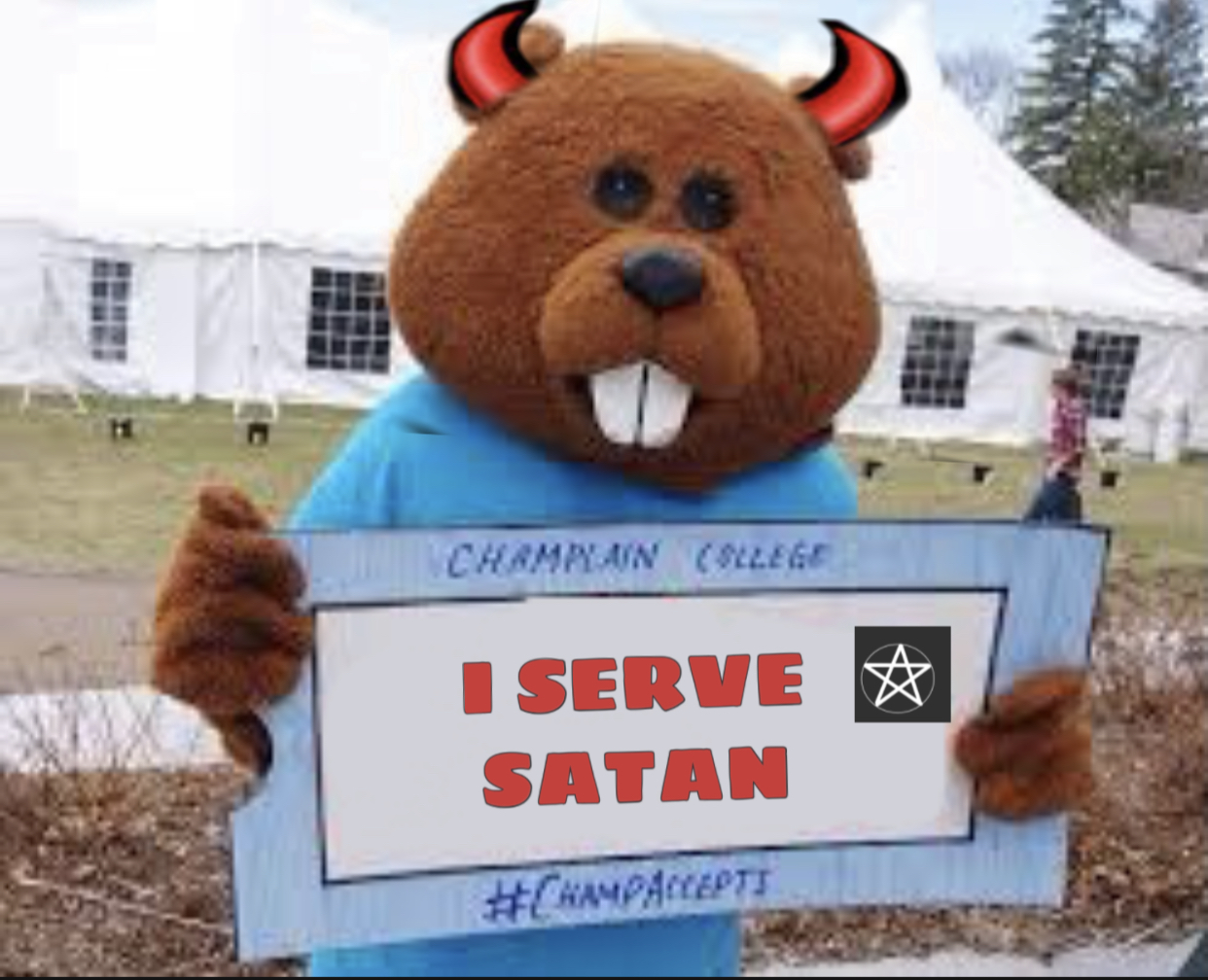 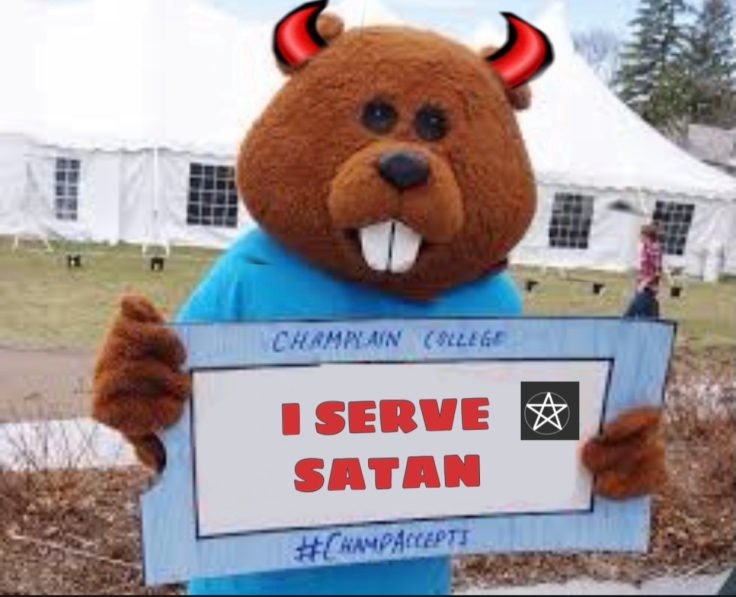 Beavers are cute, I won’t deny that. Science is science. Beavers are cute. You want to know what isn’t cute? A bipedal beaver with soulless eyes that look like they’re trying to drain the life from all children in its vicinity like a blackhole. Chauncey the Beaver isn’t fucking cute. You can’t tell me you’ve ever looked at that thing and said “Mmm, that’s one fine looking beaver.” Having Chauncey the Beaver as our mascot sends a pretty clear message to students: It’s okay to be a furry.

Let me make this very clear. I do not wish pain upon those who choose to identify as a wild creature. My roommate, despite being a “rat-kin” who comes to class dressed in a greasy, sweaty, cheese-and-piss-stained gray fur-suit and wants to add an ‘F’ to the LGBTQ name, is not a person I would wish any form of torment upon.

Often I’m asked by my peers,  “[REDACTED], how can you stand it? How can you in all of your amazingness endure such a burdensome and grueling misfortune [of having a fury for a roommate]?” To that I would admit it is indeed a fatiguing trial that the school would permit this to happen..  But that said, there’s something that we all have to accept: those at Champlain who identify as animals did NOT choose to be furries; there was an outside influence.

The first time you saw him, his hand was up in the air extended towards you. He wanted you to touch it, a way of “greeting” him at Admitted Students Day. You couldn’t help but feel bad for the person inside, who undoubtedly wasn’t getting paid enough to be inside that smelly thing, so you did it, you touched his furry hand. You shook your head and passed it off as you walked away, to get an ice cold drink  that would help you forget it. But I hate to tell you, you can try and forget the memories, but you can’t forget the TOUCH. He passed something down to all of us. Many of those who were touched by him inherited his un-hingedness: Chauncey the Beaver TURNED US INTO FURRIES.

Chauncey pretended to feel sad that no one gave him a high five on the walk into his tent, but that was how he lured us in. Do you remember looking into those eyes? Do you remember what you saw? It distresses me just to type it out, but I’ll do it for the good of us. I saw NOTHING. And what about his touch? Do you remember his touch against your skin? I REMEMBER it! The weight of his hand felt hollow as if there was no one inside that beaver suit. That’s because it was just a vessel for Chauncey to transmit his disease.

Luckily for me, I was spared when I touched Chauncey’s hand. A beluga whale evidently has no fur on it’s beautiful thick round and smooth body. Chauncey the Beaver can deal with it. Now hear me out, I recognize the fact that what I am about to say is a little far fetched, but we live in a world where (sexy) beluga whales can be Russian spies and  where furries are allowed to exist in the same plane as us. You might recall in my last piece I stated I was transferring to Hell. Well I did, and do you want to know who I saw? It was Chauncey. Chauncey the Beaver is an agent of Satan.

Chauncey is the Barnacle Boy to Satan’s Mermaid Man. In my time in Hell one thing became clear; Chauncey was an entity of evil before he became our mascot. A name many would dare not say, CHAUNCEY THE LAST DEVIL.  Chauncey is seemingly a servant of Satan, but it is questionable at this time who has more power. I can only assume Satan is unable to cross the threshold from Hell to Purgatory, and instead asked Chauncey to do his bidding. Somehow Satan was able to split Chauncey’s soul away from his body and bond it into the costume we would later call Chauncey the Beaver. A choice by the literal devil that would be supported by metaphorical devils.

Champlain College may have once been a place of salvation in the early days. I don’t know, I wasn’t there, but as soon as they opened their door to him, it became a place void of light. Of all the things they could have chosen, a dragon, a zebra, a toaster oven, a cactus, they choose a bloody beaver. Perhaps those Champlain administrators are in league with Chauncey. T fact is Champlain College isn’t doing anything to remedy this plague. Why the fuck is Chauncey the Beaver our mascot? We must rally together and demand Champlain College change their mascot (amongst many other things we should yell at them for). I even have an idea for what the new mascot could be.

I know what you’re thinking, “Wow, BelugaWhaleLover241, I wonder what you’re going to choose. Probably a beluga whale.” To that I would say no, that wasn’t what I was going to say. We’re Champlain College, named after [REDACTED]. We’re only a couple feet away from Lake Champlain, where there’s a folklore myth that there’s a sea monster named “Champ” roaming those underwater streets, and we made our mascot a beaver? What the fuck Champlain College, what the actual fuck were you thinking? We could have had a badass sea monster as a mascot, which is why I believe we should change the mascot into Champ the lake monster … who just so happens to be a beluga whale.

I know, I literally just said in the paragraph above , I wasn’t going to suggest a beluga whale as our mascot Beluga whales don’t even live in freshwater, but do you know another place beluga whales aren’t supposed to be? The fields of rural Vermont. According to the University of Vermont website page on “The Charlotte Whale,” some folks were off doing their railroad things when they stumbled upon the bones of a beluga whale named Charlotte (God bless her soul).

Now tell me this: what’s a beluga whale doing by train tracks in rural Vermont? None of your fucking business, that’s what!  It shouldn’t matter that scientifically speaking a beluga whale couldn’t be the fabled Champ creature, because we all know that story is a ripoff of the Loch Ness Monster. Once again propaganda spewing America is stealing something that isn’t theirs and pretending it’s a new idea. If we can abide that, surely we can abide science. Besides, I don’t even believe in science; it’s why I’m unvaccinated and stare at my microwave while it cooks my bowl of Cornflakes.

So please, Champlain College students, protest DEMANDING that they burn Chauncey into ashes and let Wilbur the Beluga Whale rise from the ashes as our lord and savior! 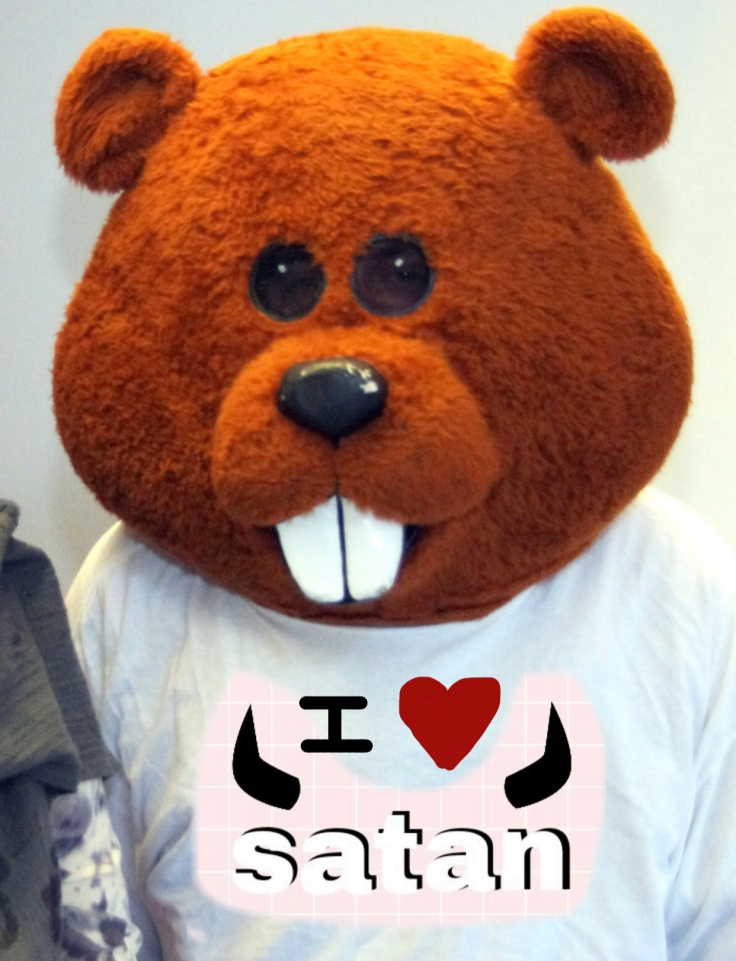