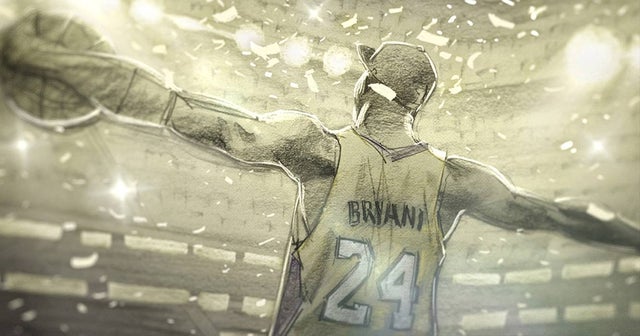 When I learned on January 26 that Kobe Bryant died, I was working. I mourned later that Sunday night, alone and silent on the basketball court. I mourned in the way Kobe the basketball great lived. The morning after he died, I cried riding the stationary bike at 7am. For Kobe, his daughter Gianna, and the seven other souls lost in the helicopter crash.

For my generation, Kobe Bryant lived in our minds less as a man and more as a foundational study. In his later years we had the privilege of seeing him as a retired father, but for us 90s babies Kobe was the patron saint of craftsmen. The sponsor of honest hard work. The pinnacle of focused achievement. Kobe was the name invoked whenever you took your shot into the trash can, played a video game at a party, or shot a fade-away jumper on the outdoor court with friends. In those moments we would call upon the spirit of a five-time champion in the post-MJ-Greatest-of-all-time world. Kobe, as a man and as an inspiration, was synonymous with willpower. Shouting the word Kobe while sprinting across a frozen lake would undoubtedly keep the ice solid. In that way, Kobe Bryant seemed immortal. In that way, he is immortal.

Kobe was a basketball man made for the 21st century. His three-peat ushered in the new sports century, and his mythic, methodical work ethos imprinted itself into an entire generation of fans. Kobe Bryant demanded his space in the pantheon of basketball during an era following what many consider the golden age of professional basketball. Kobe Bryant meant speaking it into existence before such a phrase existed. Kobe Bryant is how you retire from your greatest chapter and win an Oscar in the next.

Looking back, Kobe has been held as the embodiment the anachronistic sensibility that passionate hard work pays off in the end. As the century enters its third decade that statement rings increasingly empty, especially for the likes of college graduates swimming in loans, or parents working two to three jobs to stretch a dollar. But that view of Kobe misses something indelible. It imprints our socio-economic failures onto someone who was much more than the sum of five championship rings.

For me, Kobe Bryant was a model for the dignity of work. Kobe means excellence. He represents doing your best no matter the arena, not because you will be rewarded but because anything worth doing is worthy of being done the right way. The Mamba Mentality was never about winning; it was about will and respect and focus on the small details.

Kobe Bryant has left us and it hurts. I mourned when I learned the news. It hurt because we all carry that same excellence, that same ability to hone a craft; his own ability was far from diminished. I mourned then and I will mourn again. I will mourn every time I leave the gym sore and stronger. Every time I walk out of an exam knowing I put time in at the library. Every time I write and the ideas morph into words a little easier.

When I walk across the graduation stage, I might shoot a fade-away jumper with my diploma.