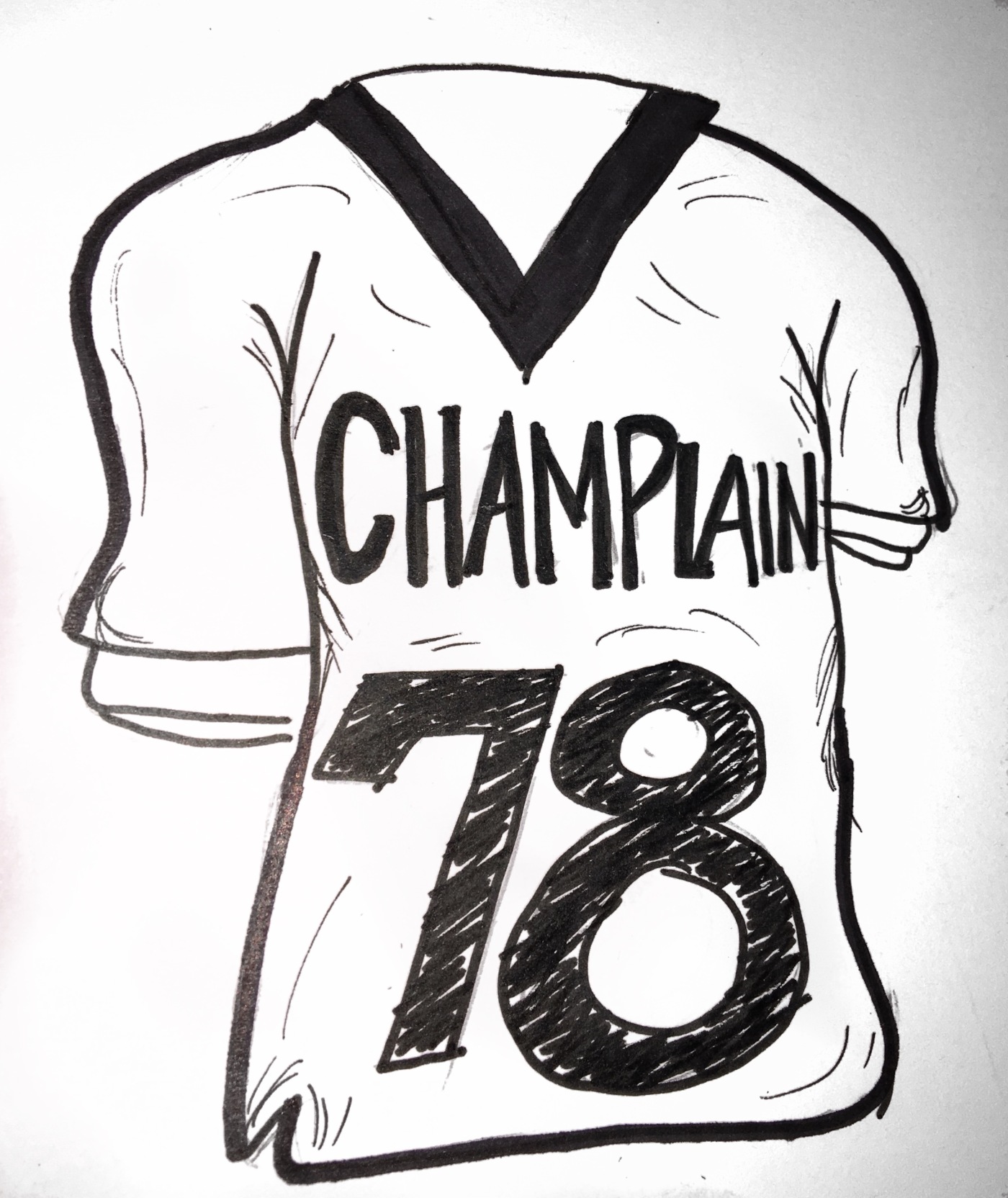 Come back with me to Fall 2015. Travel to Washington, D.C. and the stands of a high school football game. It’s a sunny, breezy fall day. The buzzer blares to signal the end of the third quarter. A roar explodes from the student section as the pep rally leaders shout “SHIRTS OFF.” It is the fourth quarter after all. And therefore, every single purple t-shirt must morph into a waving, spinning Purple Eagle “Terrible Towel.” This nonsensical show of force inevitably correlates to victory on the gridiron. That Saturday and every Saturday before and after.

Champlain College is a place of places. At Champlain, even the common areas feel as if they lack a sense of homeliness. Most colleges contain a multitude of disparate identities, and Champlain certainly has its own. Here is a unique mix of introverted business folk grappling the stock market and elevator-pitch artists with dreams of street installations. But something is missing.

Despite Champlain’s many places there is a serious lack of common space, and not in the physical sense. Many colleges provide non-physical common areas, crossings where people who hate art and hate capitalism can represent something greater than their paychecks or paint brushes. Champlain College, and its body of students and teachers, is seriously lacking the mental and social space to become a destination in and of itself. The college lacks a sense of arrival; it never asks you to become a part of something. It is easy to merely identify as a student of the Computer Science division first and a Champlainer second.  The college fails to build a wider identity for its students, and as a result, leaves little to take with you.

Team sports are, to some extent, exercises in unity. They bring individuals together to hone their skills and compete as a unit. To support a college sports team, you wear the colors. To support the team is to become a part of that team’s unit, to mix your shouts with the sweat on the teams’ jerseys in the hopes that jeering at the refs will rebuild your player’s tired muscles. A sports team that the college threw its entire institutional weight behind would then become our unit. A flag to fly for the lawyers and the designers alike. A serious investment in athletics would not solve Champlain’s issues with belonging, but the college could begin to create a social common space that gave less care to your major and more to whether you were a Champlainer.

There are spaces like this on campus now, bubbling underneath the surface and waiting to spill over. Champlain College Esports represents all of us on the digital play fields of a number of competitive games. The rugby team represents our Champlain on grass against New England foes and in their early morning conditioning. These teams deserve concerted institutional funding and support, not just for their sake, but to build a better communal social space on this campus. Support from Champlain for these teams would show the teams that they are valued representatives of the best that Champlain has to offer in the classroom and outside of it too. To leave these teams under-supported risks seeing them fade away altogether as students graduate or lose interest in a Champlain sports club that is neglected by the wider institution.

This issue, the question of Champlain’s heart and soul, has been on my mind for nearly my entire time at the college. I’ve often heard the argument that putting a focus on athletics would cause social strain between the athletes and the non-athletes. To argue abstaining from athletics out of the fear of social fragmentation must come from a lack of understanding. The campus holds a fractured social dynamic even in its current state. To be frank, there are game majors. And there are non game majors. Every Champlain student understands those two statements say more than the words entail. To refrain from institutional support for athletics in the name of social togetherness is a moot point.

Sports can bring people together, but their power wanes once the stands clear. Champlain needs more than just sports to grow. Champlain needs tradition, it needs a common lore. These things can’t be built overnight, and to some degree they come from the students, but students need a space and the support to build those traditions. And only the college can provide that fertilizer. A good place to start building that social space would be early on in the life of a college student. Freshman orientation should be more than PowerPoints under a cramped tent and a ferry ride. To create a real sense of Champlain spirit, the college must begin to understand for itself what it means to be here outside of becoming employable.

I’d be willing to bet my diploma that the Champlain alums selling, working, and crafting around the country wouldn’t mind carrying around that little swell of pride that comes from shouting alongside scores of the faithful, waving t-shirts on a fall day, and demanding victory from the sky.