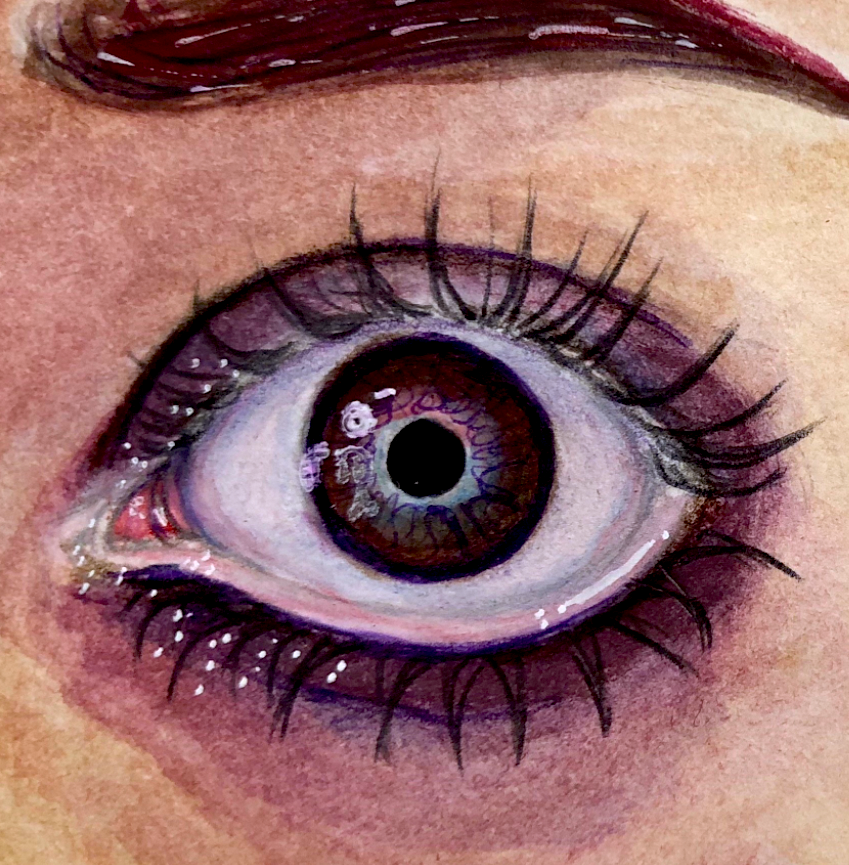 Mara – “Finding oneself awake and paralyzed in the presence of a terrifying being.” An old Anglo-Saxon word. ~ From David J. Hufford’s Beings without Bodies, Chapter 1.

The first time it happened, I had never heard of the term before. Call it what you want, Mara, the Old Hag, or sleep paralysis. Either way it still plays out the same. I was in high school at the time, that much I can recall. As for what grade I was in, what year of my life it was, or the month or day it occurred, that is not as clear. In fact nothing is as clear or vivid to me as the memory of that night. It was late, and I lay in the dark, rolling back and forth in my sweaty and tangled sheets. Sleep had not claimed me yet, and I was desperate for its embrace. I had school in the morning, and didn’t want to have to drag myself in feeling like I had clawed my way out from the grave. Eventually the fits had passed, and I slipped into what I thought was a long and peaceful rest.

Except I soon realized something was off. My eyes were closed, and darkness filled my vision, but I was not asleep. I was conscious, and horribly aware of that fact. I felt my blood dance and jitter under the skin of my arms and legs, and I tried to move them to calm the sensation. I could feel the small, slight twitches of my fingers. My brain screamed at my whole arm to move as I just felt the pitiful twitching echo back. My whole body felt heavy, like a rock pressed into my mattress. Restlessly jittering, and yet staying utterly still as tremors shook throughout my skin. I could only move my eyes, but that did little good as they shifted under my eyelids, blocked from any sight.

I sat like this for a while, trying to twitch my limbs into motion, when I noticed an outline begin to form in the dark. I could see, barely, what looked like my downstairs living room. I was aware this was not where I was, as I had fallen asleep in my bedroom, curled up on my side. Yet my mind was wholly convinced that, no, I could see the outline of the T.V. in front of me. It patronized me. Can’t you tell? You feel the couch underneath you despite the fact you were laying down in bed. Obviously, we are sitting downstairs, staring at the darkened form of the T.V. and not anywhere else. I tried to adjust to this odd dream, clearly my fits had simply given me a strange nightmare, and that was it. Give it enough time, and it would pass. However all of my thoughts came crashing to a halt as I felt someone sit down on the couch next to me.

It was an oddly silent movement, yet I was painfully aware of it as I felt the couch cushion dip under the weight of my unknown companion. I could not turn my head to see, and I wasn’t sure if I wanted to try and glance over with my eyes. They instead stayed locked on the mundane shadows in front of me, and for once I was glad I was incapable of movement. I would have been frozen in place even if I wasn’t. I sat there for a moment, silent. My movement still, my breathing still, my thoughts still. For just a moment, everything was silent, still, and dark. Then suddenly it was next to me. In one swift movement I felt another body press up against my side. An arm against my arm, and a thigh against mine. Then once more, plunged back into silence and stillness. Now I simply felt stiff, and I purposefully held myself rigid regardless of the lack of mobility I had.

Again we sat like that, me and my unknown companion, for what felt like an eternity. I should have been able to glance, to just peek, at something so close to me. However all I saw was darkness, and the outline of the living room I knew so well. Once more, it moved. It leaned forward, and the only indication of its presence now was its thigh, its odd warmth hot against my clammy skin. There was a pause, almost like a beat, and then I saw it. A face, but just in a flash. Or at least a crude mimicry of one. It was round, and flat, only the impressions of facial features truly present. Its skin was white. Paper white and glowing in the darkness that neatly framed it. A small grin cracked the white glow with an unsettling darkness. Then the eyes. There were none. Just perfect, deep, dark circles. I saw this for one, agonizing second, then I jerked myself fully awake. Panting and choking back a scream, I was sitting up in my bed, my sheets had been kicked to the floor.

I couldn’t sleep for the rest of the night. My bed side light comforted me as I drudged through the internet until daylight, trying to find any explanation for what I had just experienced. While I feared not finding anything almost more than finding a supernatural explanation, what I came across was still not very reassuring. Sleep paralysis, Wikipedia called it. While I tended not to trust such sources, I was desperate for anything that would make sense of what I saw. It made sense, as it described my inability to move, the vividness of the visions, and the overwhelming fear. However, none of the common hallucinations seemed to match up with mine, and most insulting of all, the article claimed most attacks lasted for only a few minutes. My visceral feeling of terror had felt like it dragged on for eons.

The next few nights I would lie in my bed, eyes wide, waiting for the feeling of my limbs to numb out to static again. For a while, I was fine, and eventually sleep returned to me. Then occasionally, as I would try to fall asleep, I’d feel a soft tingling start creeping down my arm. As soon as it would begin I’d jerk upright and shake it out, trying to scare away my figurative demons. This happened on and off for a month, until one night I couldn’t stop it. The feeling of static crept over me accompanied by an overwhelming dread. This time I had been laying curled up on my side, facing my old dresser, my door reflected in its silver backed mirror. I stared at the reflection, glad that for now I could see what was really in front of me. This time, however, sight would not be the issue.

I waited patiently, tamping down my panic as my eyes darted around the room. That’s when the first two voices spoke up. Quietly, they conversed, about what I don’t know. Their words were indistinct, hurried and mumbled. They whispered, until a third voice joined them. They gathered in volume to a hushed speaking voice. Then a fourth, and a fifth, and a sixth, and a seventh joined in. The numbers had begun slowly, but soon I couldn’t tell when a new one joined as they just added to the innumerable cacophony. The volume raised with each new personality, and soon it sounded as though a party raged within the confines of my small room. Laughter, shouting, crying, joyful lilting, all of it surrounded me and I felt suffocated by the encompassing sound, and yet my eyes just saw my empty and dim room occupied only by me.

I tried desperately to move my arms, as my last episode had ended as soon as I could move. I thought if I focused on moving just bit by bit, I could break the spell of whatever was going on. I focused so much on moving and ignored the talking as much as I could, though it felt nigh impossible. To my joy, I could feel a finger twitch, and I worked on loosening it up more. Just as my arm was about to move, I heard something that made me stop dead. A low, deep, and stern voice boomed out one word. I didn’t catch what it was, or its meaning, but I knew deep down what the voice had said.

The silence was jarring, as it came out of nowhere. Whatever that presence was, it made all the commotion stop in a heartbeat. I just sat still for a moment, listening to my erratic breathing and my own heartbeat, which seconds ago had been so muffled I had forgot they were there.

Eventually I turned on my bed side light, an old friend by this point, and sat there waiting for 6:00 AM to come and for the bus to school to make its rounds. Since that night, I haven’t felt my blood begin to move with unease, and I haven’t felt paralyzed in my own bed. I haven’t seen a floating face, or heard disembodied voices. I’ve never again had a visit from the Old Hag, an episode of sleep paralysis, or had to endure an evening Mara. In fact, most days I forget I ever did, as the daily grind pulls me back into everyday life. Every once in a while, though, while I lay in bed unable to sleep, I’ll remember. The warm touch, the vivid face, the voices surrounding me, and the one voice that ended it all. In those moments, I can honestly say, I’m afraid to fall asleep.