Walking down the national mall towards the Smithsonian Museum of African American history, I was struck by how much the architecture of the building seems to scoff at the surrounding Greco-Roman fare and create its own kind of style and gravitas. It’s the sore thumb of Smithsonian museum architecture. And maybe that’s fitting; the history of colored people in America stands out opposite the historical ideals of the country and its founders.

The imposing square shaped building, built at the foot of the Washington monument, commands an entire Washington D.C. city block and has an eerie resemblance to a cage or a jail cell. The outer walls jut sharply out and up. The majesty of its design is evident from the complex metal “weaving” that turns the walls from golden metal slabs into elegant carvings cut out of the metal itself.

Once inside, I was greeted by a wide, open ground floor. This level of the
museum is very much standard museum fare. There is a help desk, a souvenir shop, and a wall dedicated to the likes of Lebron James and Oprah Winfrey, thanking those who made the museum a financial possibility. The real museum does not reveal itself, until the visitor makes a decision. Do I go upstairs first, or is downstairs the better option? Having visited twice, I can say that the museum should be and is meant to be viewed and experienced from the basement levels first.

The basement level began with an elevator ride. I stepped onto the large elevator along with dozens of others, and as we began to take the elevator down to the first exhibits, the museum did its best to remind you just where you were going. The elevator ride was spent in thick and silent tension. As the elevator descended, a weight seemed to press down on us. All of us on that elevator were heading down to see the long struggle for civil rights.

The underground exhibits began before the founding of the United States, depicting the slave trade and its conditions. The section ended with a statue of Thomas Jefferson, the words “…all men are created equal” shining over him with a bitter, morbid grandeur. 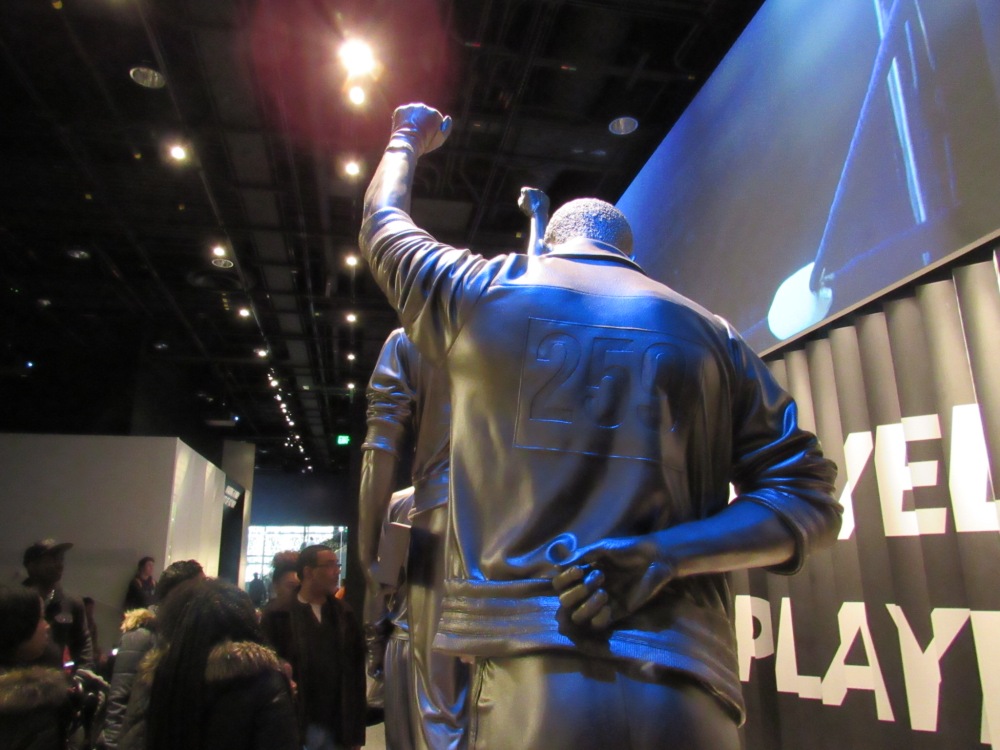 From that somber bottom floor, visitors take a ramp up to the next tier of the basement exhibits, focused on the Civil War, Reconstruction, and Jim Crow. Here, cotton—along with the wealth and pain it wrought—is a major focus, along with abolitionists like Harriet Tubman, Frederick Douglass, and Sojourner Truth. The next tier introduces visitors to the civil rights era of black history in the US. The whole of this section is centered around a long bench and table set up to resemble a lunch counter. In front of the table is a long screen playing clips, interviews, and speeches of civil rights leaders. 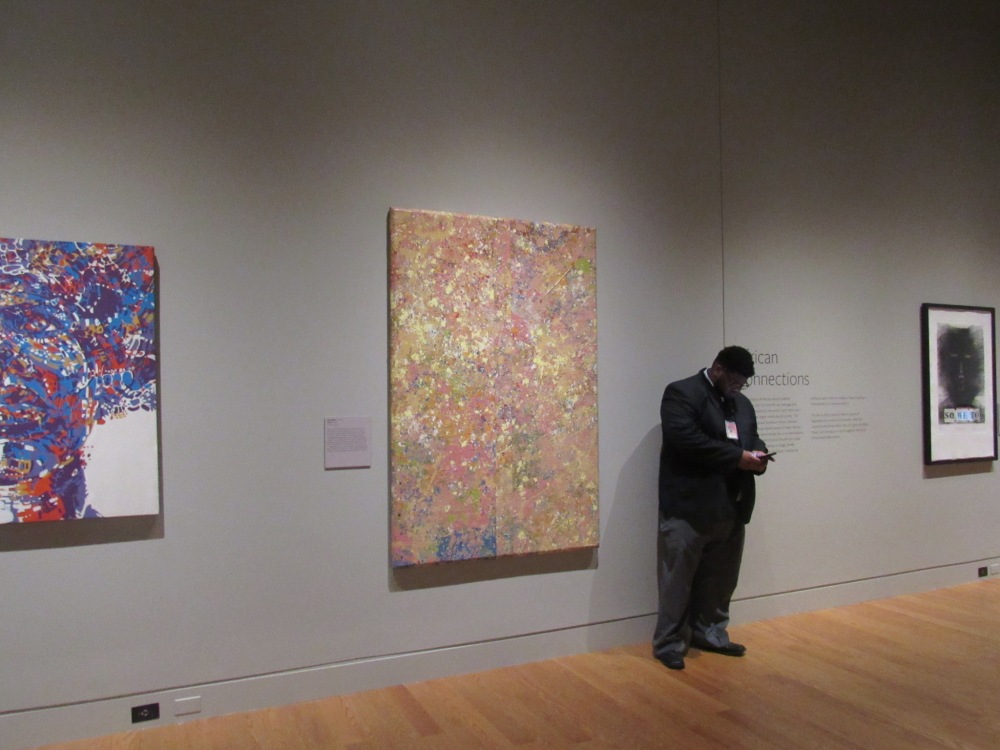 The most profound section of the entire museum is the small walled-off portion dedicated to Emmett Till. The exhibit chronicles the tragedy of Emmett Till who was accused of flirting with a white woman. Till was lynched, and his body was dumped into a river. He was 14. The exhibit captures the sorrow of the entire bottom floor. The casket that housed Emmett Till’s mangled body is the heart-wrenching center of the room. The casket is mourned by sorrowful hymns that play on video in the exhibit, along with the broken laments of his mother. The exhibit really hit me hard when I realized they had recreated the setting of Till’s public funeral in Chicago. To walk past his casket and be met with a video of thousands doing the same thing 60 years earlier sent many emotions rushing through my body, most of them sad. It is truly heartbreaking to see the ultimate price of rampant, senseless racism. If you visit the museum, this exhibit is a must see, even through the tears.

A large portion of the information displayed from the civil rights era is familiar to me and to many others, but there is something about the density of it all; the way you walk through the entire history of slavery and civil rights in America that makes it feel like the museum gives you all 300 years of that history to carry around with you as you walk the exhibits. It is a sobering feeling, and it hangs over the entire bottom half of the museum in a way that makes the journey through it feel much more meaningful. The museum is effective on such a deep level because it pulls no punches. It presents to the visitor the history of black and brown people in the Americas without gilding and with a knowing that the history on display belongs to all of America, the horrible evils and the great progress in equal measure. 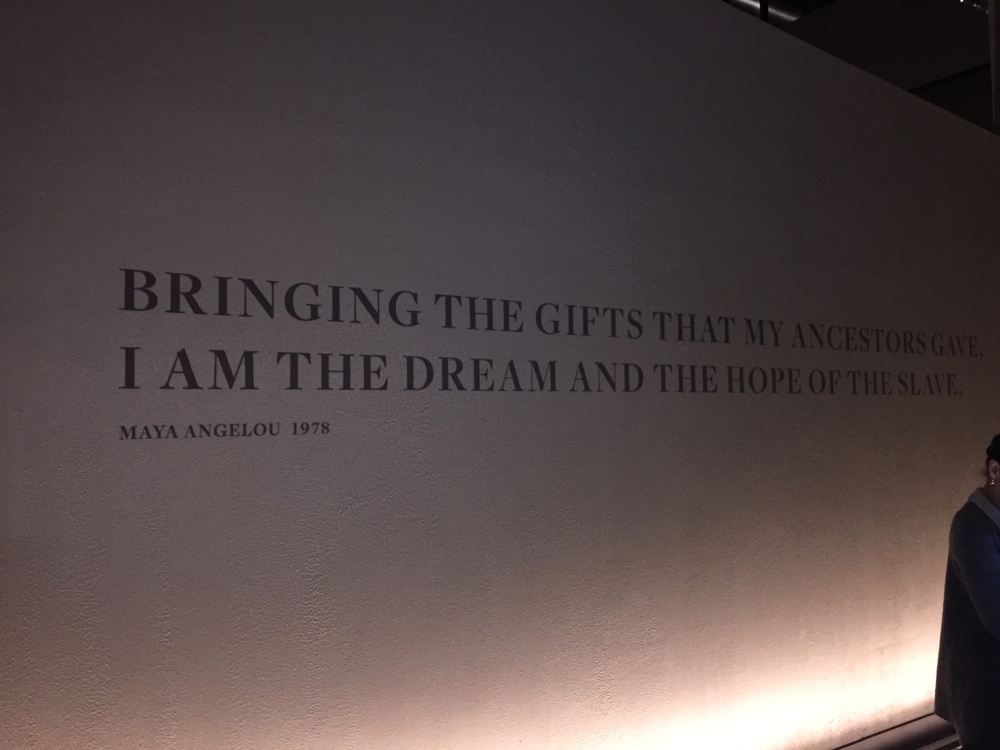 After experiencing the bottom floor, visitors can then go up to the first floor of the museum and begin a more lighthearted, triumphant trek through the history of America’s black citizens. The first floor is a bit-sized interactive look at the accomplishments and gifts of black people in the U.S. The interactive step dance video is the highlight of this section. I decided not to offend people with my terrible dance skills and stayed well away. I did enjoy the small room on the floor dedicated to blacks in Hollywood and their struggle for equality on set.

The second floor is a much more traditional one. The second floor is a rich and informative display of the prominent and successful black people and organizations in America. After two trips, I still feel as if this area is withholding even more exhibits in its tight corners and inventive design. There are athletes, intellectuals, doctors, fraternities, and soldiers on display here, all celebrated as great black people and as great Americans who each brought something uniquely valuable to our country. The portion dedicated to great black athletes was especially impressive. The walls were lined with statues, artifacts, and information, but in a staggered format. As a result, I could see the entirety of the athlete exhibits in a single well designed hall. This floor is really a breath of much need fresh air after the darkness of the basement levels. 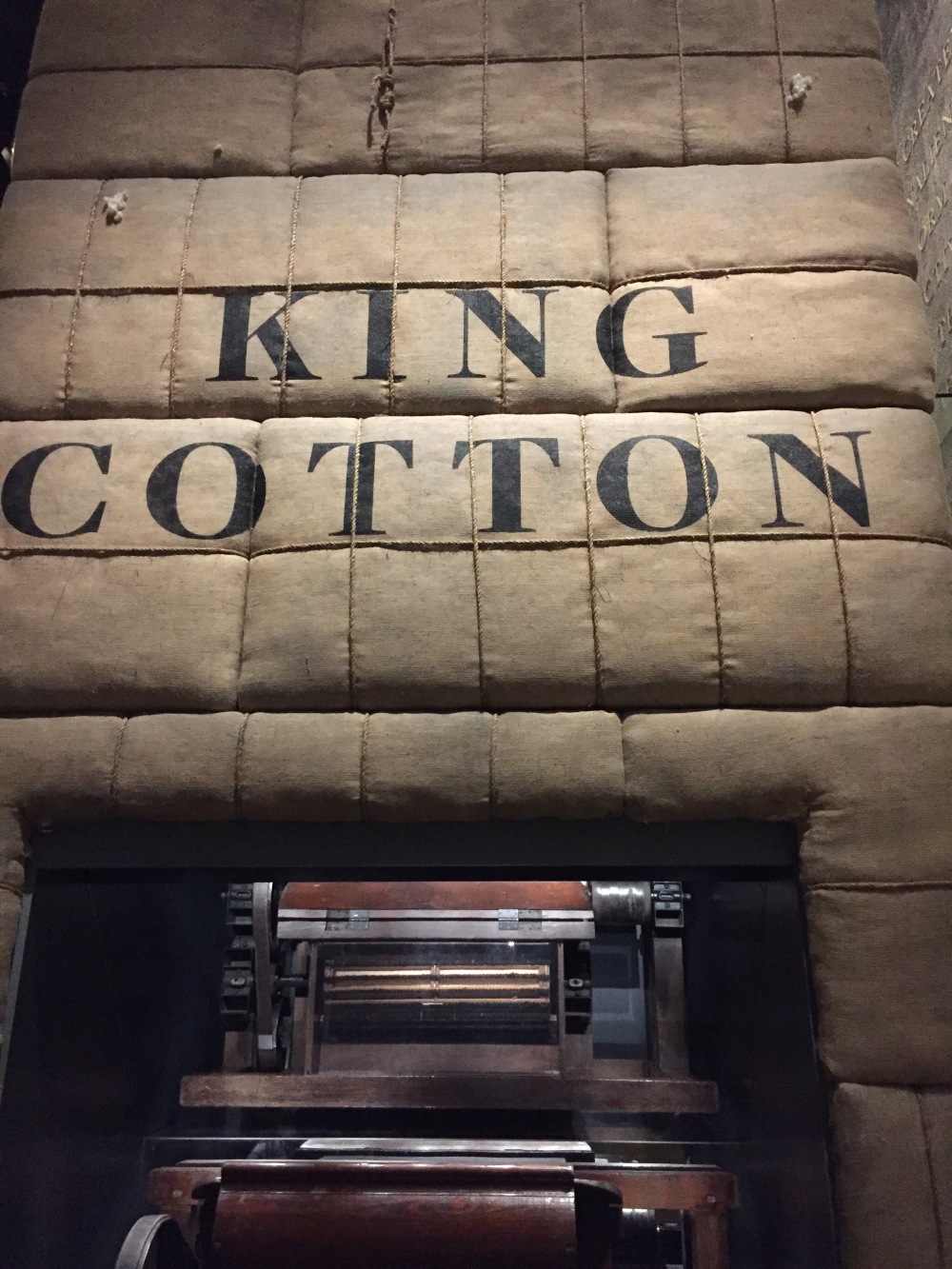 The third floor is my favorite section of the museum. It is an entire floor, built in a hub and spoke design dedicated to the culture of colored people in the United States. There are sections devoted to musicians, rappers, and singers. Similar to the athletes exhibit the musicians are displayed alongside a piece of their performance attire as well as information on the sound and importance in the overall musical fabric of America. There is even a mini art gallery built into this floor of the exhibit, displaying great art and sculptures from black artist across the country.

The highlight of this floor however, is the music room. The room was simple, adorned with a window and painted black. I entered the packed room and was greeted by Stevie Wonder’s “Superstition.” Shelves lining both walls were stocked with iconic songs from black artists. Old records and modern hits from hip hop to jazz sat together in triumphant stacks. Very quickly the music changed. The Isley Brothers sample from Biggy Smalls’ “Big Poppa” began to flow from the speakers. I, and many others, heard the change and welcomed the new groove, bobbing our heads and rapping along. As I began to leave the room, I caught the attention of a middle aged man, and for a moment, we bounced our heads to the beat in a silent and glorious tandem that would’ve made Biggy laugh. I knew his music because it was my music too. Connecting with a stranger I’d never met was a powerful feeling as a young black man. As I stepped out of the exhibit with Biggy still blasting from the speakers my chest swelled, and I grinned with a single proud thought. This is our music.