As I anticipated heading off to college, I expected to join a bunch of clubs and make a ton of friends. After I realized neither of those things were going to happen, I settled into my groove of smoking weed and sitting at home to watch Netflix all day.

After a year of doing nothing, I realized that it was high time for a change. I needed a hobby. Unfortunately, like most college students, I suffer from chronic lack of funds. I don’t have 55 dollars a month to make crappy bowls at a pottery studio, so I’m gonna have to get creative.

I bought some yarn and wooden knitting needles (5mm if anyone wants to know) and I spent, like, maybe $8. I knew nothing about knitting and was too broke to buy a book about it, so I turned to Youtube. I watched a video titled “How to Knit: A Complete Instruction for Beginners Part 1.” About seven minutes in, I knew enough about it and stopped watching. I never made it to Part 2.

Overall, I really enjoyed knitting. It gave me something to do with my hands and was pretty relaxing.

I love birds. I can really relate to them because they either hop or waddle when they’re on the ground. Fortunately, for them and unlike me, they can escape awkward land movements by gracefully flying away. Feeling a touch of jealousy, I sat on my back porch for 10 minutes to see what I could see. I have poor eyesight, and binoculars are expensive, so I pretended my reading glasses were binoculars to get the full effect. I exclusively saw crows—maybe, like, seven or eight crows. It was nice.

Casual bird watching is a good way to liven up another task, such as homework.

Going to a yoga studio can be really intimidating to someone with exercise-related social anxiety like myself, so I stayed home. I laid down a towel in lieu of a yoga mat, my laptop with another trusty Youtube tutorial ready to go, a few candles for some soft lighting and aromatherapy, and a rain-music hybrid playlist. I did Downward-Facing Dog and Warrior Poses 1 and 2. It was really calming, and afterwards, I felt much more ~chill~.

I can see myself doing yoga regularly and maybe investing some real money into it.

I don’t know why anyone would collect stamps or how stamp collecting even works. They’re on every piece of mail—do collectors peel them off? I decided I didn’t want to figure that out, and I didn’t know where the closest post office was, so I just looked for stamps in my apartment—used or not. I found 14.

Stamp collecting is dumb, and I’m sorry if you or anyone you’ve ever known has done it.

I was going to order some clay, but that’s at least $20 that I don’t have in my bank account. I decided get Crayola Air Dry clay, but that meant going all the way to Walmart. So I made my own clay with flour and water and sculpted a penis out of dough, and I felt like a seven-year-old at Bertucci’s. It was cheap, dirty, and fun; three things I aspire to be.

I don’t know if I’d consider what I did pottery, but it was a good way to distract me from life.

I didn’t learn much from this experience, but I now have four more things to do when I’m bored, so I think it was successful. 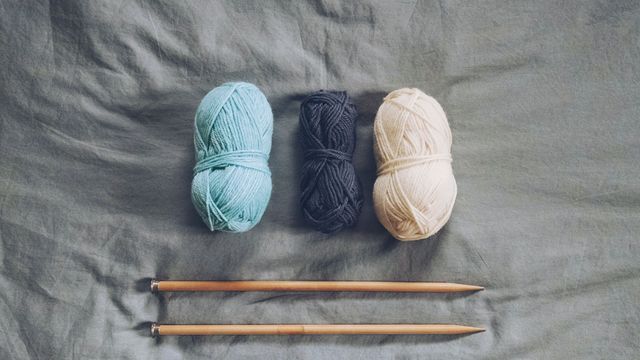