Romance is bullshit. Above all else, romance and relationships are work. More often than not, they are work with minimal reward. You put in unbounded effort to find a person you can stand being around for long periods of time, only for them to be dating someone else or not interested or about to move away for the rest of their lives or be part of a weird fucking cult. I have had long-term relationships where at least for part of the time I was happy and they felt successful. But they always culminated in a week of self-pity and over-indulgence with streams of friends and family telling me it’s all going to be okay, you’ll find someone eventually.

Most recently, my relationship was brought to a sudden close when my significant other told me that I was holding him back from his future. He went on to move in with his parents. A partner before that told me hundreds of times that I had no reason to be jealous of the cute blonde from his class, they’re just friends. They’ve been together nearly a year now. Before that, I was in a relationship that was nearly perfect. Her and I shared everything, she was the first girl I ever loved. Until she dropped off the face of the earth for years, only to pop back up engaged to a man. My first love told me he loved me but that we would just never work. He later sexually assaulted me in the bathroom of a party.

The list of failed relationships and traumatizing experiences goes on and on, peppered with the occasional fruitless infatuation on taken boys and straight girls.

As young adults in our society, we’re flooded with movies and TV and books that tell us exactly how to walk down that tumultuous trail of love. Every blockbusting romcom. Every episode of that latest sitcom. Every YA novel about some protagonist and their harem of interested suitors. But there is one form of media that stands out above the rest as the true IV drip of romanticized insanity. Music.

If you look at the top 10 Billboard songs of the current week, you will find that more than half of them have a direct focus on a romantic relationship between two people. Two of these also include a relationship in which one of the participants is described as ‘needing’ the other. The Chainsmokers make their love blaringly obvious stating, in no uncertain terms “I need you, I need you, I need you right now.” No, Chainsmokers, you need food and oxygen and shelter but I can guarantee that you don’t need the girl you’re lusting after.

But perhaps that aggressive necessity doesn’t speak to you personally. Perhaps you’re looking for something a little more risqué, something with romance but also passion. Have no fear, Ty Dolla $ign to the musical rescue. In the middle of Fifth Harmony’s simple, bright, poppy, lyrical masterpiece (i.e. “you don’t gotta go to work, work, work, work, work, work, work), the rapper lets the world know “she the bae, I’m her boo” and that he is “putting overtime on your body.”

I’m not entirely sure what Mr. Dolla $ign means by this, seeing as it seems wholly impossible to put in hours on someone’s body in the first place, much less enough to qualify for overtime.

In my time of being a romantic being, I have had an evolving relationship with songs such as the above. I can admit to listening to the same repetitive track over and over and over again, just daydreaming of that special someone. But at some point, most people have to divulge from society’s standards of romance and discover what it really means to them. I have found that despite what The Chainsmokers and Ty Dolla $ign say, relationships aren’t all needing and baes and beautiful sexual experiences.

During one of my longer relationships, I remember the moment everything fell apart. This boy said he loved me but was falling for a more beautiful, more intelligent girl who had her eyes on him. I went to his dorm room one afternoon after receiving the classic “hey… can we talk?” text. What follows is a blur of anger and disappointment and heartbreak. I had managed to keep myself composed, I wanted to at least keep my dignity. I got into my car and turned on the radio. And of course, what comes on but Blank Space by Taylor Swift. As she belted out “stolen kisses, pretty lies You’re the king baby I’m your Queen” I lost myself in a hurricane of tears. In my tear drained eyes, I see love as so much messier than the popular music industry would have us believe. 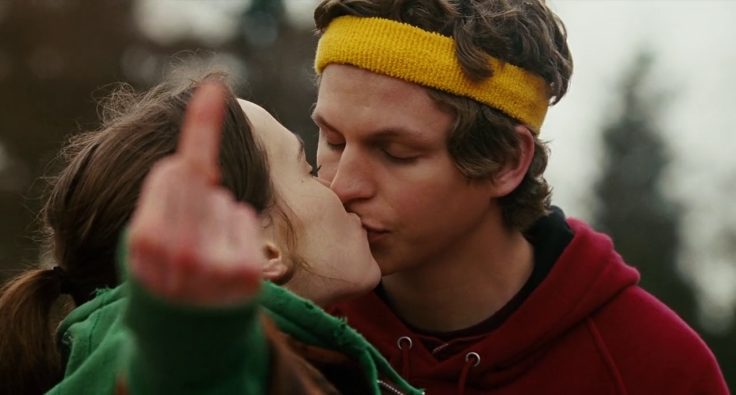 When your view of love is so dramatically jaded, it’s difficult to find music that speaks to you. In an endless sea of songs, I am drowning in lyrics telling me either the person I’m with is the end-all be-all or that they’re gone and I’m better for it. I’m tired of songs telling me love is magical or beautiful or perfect. K.flay, one of the few artists I can relate to, has a song which really reflects how I feel about love. She laments about how the man she’s interested in is “glad [he] found [her], but only as a friend” as she drowns her sorrow in Jim Beam.

I hear you K.flay, and I agree. “I’m doomed, I can’t fucking breathe.”