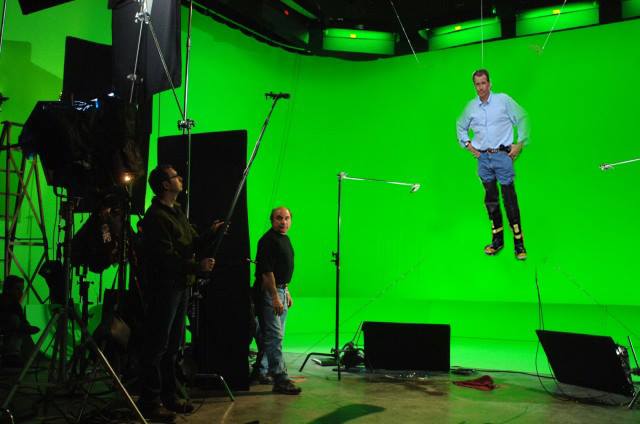 Yesterday, Brian Williams was seen being suspended from cables for a stunt in his new upcoming action thriller American Anchorman: Under Fire. The film takes place in Iraq about a war reporter whose helicopters are hit by multiple RPGs.

Williams announced that he’d be taking six months off the air to produce and star in the film based on his best selling novel, Chinook Down. The film is set to release in August and has received a lot of hype from excited fans.

Fourth grader Timmy Robinson commented saying, “I use to like Brian Williams, but now I love Brian Williams! I think the stunts and special effects will really bring the story to life!”

Williams reported he’s doing all of his own stunts on set and will even receive a cable suspension bonus of five thousand dollars for one particularly daring shot. When asked about the film and stunt work Brian Williams remarked, “I don’t mind being suspended from cables. It’s actually not that bad. I kind of just chill while I’m suspended.”

Michael Bay will be directing the film. When asked about Williams’ performance Bay said, “What? He’s not doing his own stunts. Who told you that?”