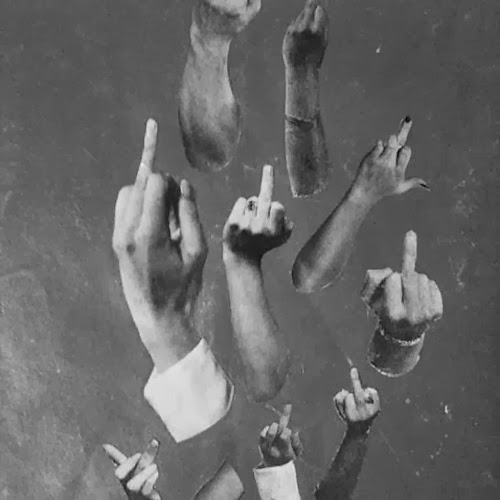 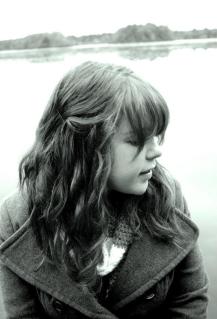 I do not like and have never liked when people wear sunglasses on the top of their head. I do not like the smell of latex. I don’t mind the smell of gasoline. I do not like mustard, mayonnaise or sour cream. I don’t like drum solos. I like Hemingway and I do not like Fitzgerald. I do like cummings but I do not tell my English teachers because they give me a look that makes me feel uneasy and strange and belittled. I do like Plath but I do not tell my peers because they then believe I am a typical college-aged female that has romanticized the death of very troubled woman. I tell people that I like Billy Collins.
I do not like that this rules me. I’ve been scared to death for as long as I can remember of someone misjudging or perhaps correctly judging how intellectual I am based on what I read. And based on this, I have judged. I’ve put things in purely observational categories and judged. I have judged most of everything. But I cannot say I have really made myself into anything but a sum of all the things I’ve looked at so long and hard they’ve become blurry to me.

I do not like those who blame their parents for the things that they have done wrong. I have to blame only myself for all the things I have ruined. Like the time I broke someone’s heart, someone who I thought was just as incapable of caring for someone else as I was. I broke someone’s heart and I feel guilty because I really did like him a just little bit and my hand felt small and fragile in his. I think that may have been the only time I have ever liked to feel small.

I do not like chapped lips. I do not like people who use “your” incorrectly. I do not mind people who do not use “it’s” appropriately, mostly because I can’t get the both of them straight. I do not like to flirt. I don’t mind crooked teeth and I would even say that I appreciate them in a world where everyone’s teeth are perfectly straightened by people with Doctorate degrees in straightening teeth. I do not like libertarians. I sometimes like Republicans. I hate Democrats, mostly all the time. I really hate Jon Stewart because he pretends that he is the Father, the Son and the Holy Spirit of modern politics but really cannot see past the pathetic liberal-conservative dichotomy that rules America.

I hate politics because it is mindless. They rope a bunch of people in with a few choice words and convince them they are telling the truth. Obama tells me he’s fighting for women but I wasn’t aware I needed to fight for anything aside for scummy men to look at my face and not down my shirt while I speak. Romney tells me that my wealth is mine but I really don’t have any wealth at all since I am a college student and anything I do have is probably either going to my tuition that I can barely think about right now without breaking into tears, or something irresponsible that might help me forget about my mountains of student loans but still probably make me break into tears.

I hate people that don’t vote. I hate people that declare they don’t care about politics as if they should receive an award. I hate when people say they don’t care what they eat for dinner tonight. I hate uncooked celery. I like to wear white and red, but not together. I don’t like to look at elderly people in the eye, even my own grandma who I love more than anyone, besides Parker. I like when I sound as intelligent as I am. I hate to cry and I hate to admit I cry even more than that. I hate to watch people cry. I do not like talking about having children.

I do not like to smile or laugh too much. It makes me feel unintelligent. I used to think, and probably still think, that the strong and powerful do not flinch or blink or falter. I don’t know where I got those ideas, but I suppose Hemingway had something to do with it. I guess I can blame him for a lot of things. I used to walk through the hallways of high school and not look at one person, and if they waved I would not break my stride to wave back. I imagined instead they were looking in awe of me, someone who could look so stoic and composed and there. I’m not sure what they were thinking the times that I tripped.

I do not like that I am not quite sure what I have been talking about this entire time – but I’m coming up on it now. I guess mostly I’ve been proving more and more that I don’t know myself or have any idea what the hell I’m doing. I guess that’s partly true. I do know what I like and I do know what I don’t like. And in the end, I know that I am composed of all these things –  but detached from the actual things themselves. I know all this and I know that I am intelligent but I feel as if my intelligence has only jumbled me all up and made me more unhappy than I ever had thought possible. And I know this is supposed to be a personal essay, but the problem with that is I have no idea what I am doing or what I am feeling or who I am so I can only write about myself in the most specific of terms – I can’t write about my person, only what surrounds and defines me. And the more I think about myself the more I end up hating the things I thought I knew so well.

In the end, I am only sure of two things.

I do not like when someone tells me my hair is beautiful and then proceeds to touch it. It is just hair. I do not like people who put their hand on my back to help me across the street. I can get there myself.

Rachel Craig is simultaneously majoring in law and coming to terms with the fact that she never wants to be anywhere near a courtroom. She has red hair and is 5’7”. She can be reached at rachel.craig@mymail.champlain.edu.