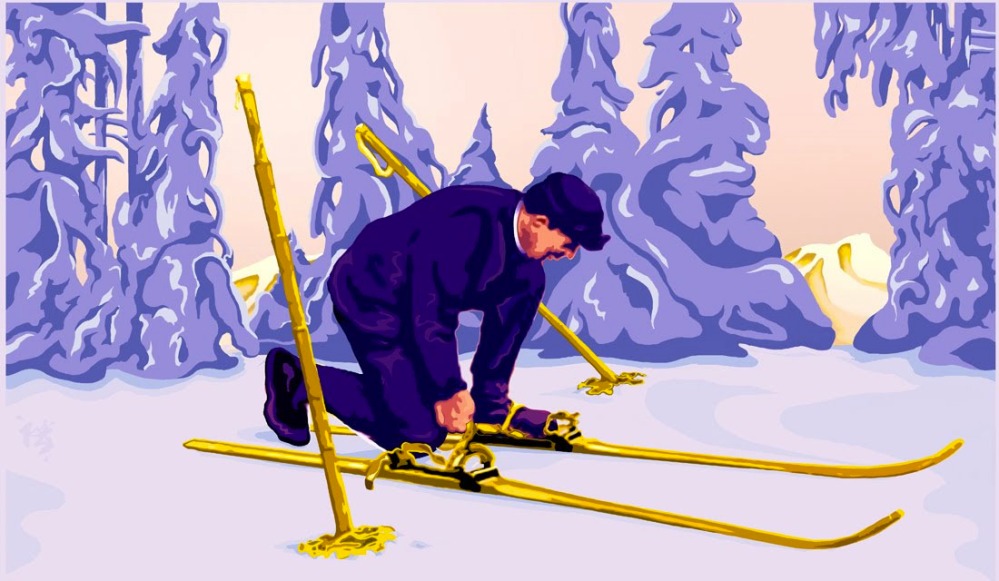 Spring – A time for hope. This season happens in about three to four short weeks. You start with fuzzy buds sprouting from every twiggy digit available. It only first becomes noticeable as you look at the landscape and wonder if your eyes are going bad on you, as everything suddenly seems shrouded in a green haze. Everything is shoving greenery into the mildly cold air. Animals are becoming raucous once again, searching for food in anticipation of the bounty to come.

Summer – Where everyone turns into a turtle. Sort of. We really all just go out into the sun as much as possible. Those that don’t are the true Vermonters, and you can tell them apart because being in the sun makes them uncomfortable. The people who enjoy their vitamin D are really just transplanted flatlanders – first or second generation immigrants to the snowy terrain. This is the time when VT really shows off its stuff. The forests are lush and vibrant, filled with birdsong and the sounds of gurgling streams. The Cows keep the fields cropped and well fertilized as the crickets chirp along the fenced-in boarders. This is the one time in the year when it’s warm enough to justify jumping into the still-mostly-frozen rivers, and slightly-less-frozen lakes. Swimming isn’t a long term thing; you jump in, you splash around (optional), you get the heck out of the water! This is also the time of year when VT experiences it’s only outbreak of insects. They’re pretty scare the rest of the time.

Fall – GATHER ALL OF THE FOOD, WINTER IS COMING! Oh look the leaves are… nope they’re gone. KEEP GATHERING FOOD!

Stick Season – So, the leaves have all fallen off the trees at this point, but no snow has fallen. It’s not quite cold enough to warrant breaking out your winter coat, but that sweat-shirt isn’t quite cutting it, so you wear some cool hats, nifty scarves that someone you know made, and possibly gloves (but who wears those? You lose them so easily, and they’re just a pain to keep around! Besides, only Flatlanders wear gloves in Stick Season).

Winter – Ah, the season of Mountain Shoppers. When the first piddley snow falls they show up in droves to attack the mountains with their waxed bits of wood. When they tire of that around 4:30 they head back into the towns to shop at all the same stores they have back home (plus those strange stores that don’t have replicas in every state. I think they call them… Independently Owned?). It’s at this time of the year that the year round Vermont residents chuckle at those who wear snow suits that make them look like the stay-puff marshmallow man (Its 15 whole degrees out! Last week it was -10, and that’s not including wind chill!).

Mud Season – Most other people call this March. We who live in the good ole Greene Mountain State know that this is really the joke Mother Nature likes to play on those who like to keep their cars clean. True Vermonters have embraced this, and purposefully drive their cars (usually jeeps and trucks) through the muddiest patches of forest that they can. We call this Muddin’. It’s an original name. The soggy-earth syndrome will usually last until about mid spring, when the plants start drinking again.

Tips on surviving the weather:

With these things in mind, you should now be able to prepare for the changing seasons of Vermont. No one can truly handle them, but at least you’ve been forewarned!